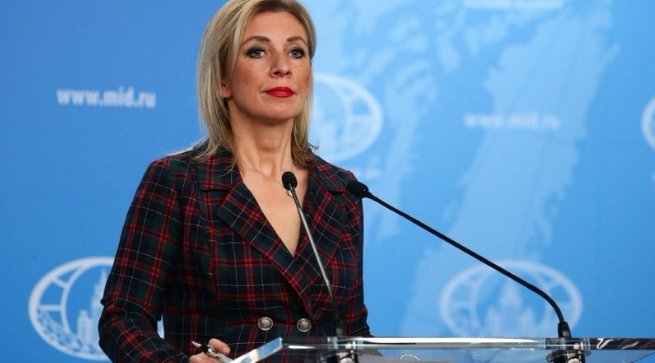 Maria Zakharova, Putin’s spokeswoman in the Kremlin accused the US of sabotaging the Nord Stream pipelines in order to sell their gas to Europe.

Maria Zakharova, Vladimir Putin’s spokeswoman in the Kremlin, has accused the US of being responsible for sabotaging the Nord Stream pipelines. She claimed that Washington carried out the attack to leave Europe cornered into purchasing supplies from America instead.

Posting on her Telegram channel, Zaknarova wrote: “On September 30, U.S. Secretary of State Blinken and Canadian Foreign Minister M. Joly held a joint press conference in Washington. Blinken spoke openly and unashamedly about the motives of the US and its NATO partners for destroying the Nord Stream 1 and Nord Stream 2 gas pipelines”.

“Russia has never used energy as a weapon. Russia, and before it the USSR, simply supplied Europe with gas. Uninterruptedly, for 50 years. Washington’s lies only confirm his criminal manipulation of the subject”.

“Quote 2: ‘We have greatly increased our production and also made LNG (liquefied natural gas) available to Europe. We are now the leading supplier of LNG to Europe, helping to make up for any loss of oil and gas to Europe as a result of Russian aggression against Ukraine'”.

“And there’s the motive. Only Ukraine has nothing to do with it. If it is to be remembered in the context of U.S. energy interests, we should talk about the fact that under the pressure of U.S. officials, Kyiv politicians constantly put conditions on the Russian side on the verge of blackmail on gas transit”.

“Quote 3: ‘…and in the end, it’s also a huge opportunity. This is a tremendous opportunity to get rid of dependence on Russian energy once and for all and thus deprive Vladimir Putin of using energy as a means of advancing his imperial designs. This is very important and opens up enormous strategic opportunities for the coming years…'”.