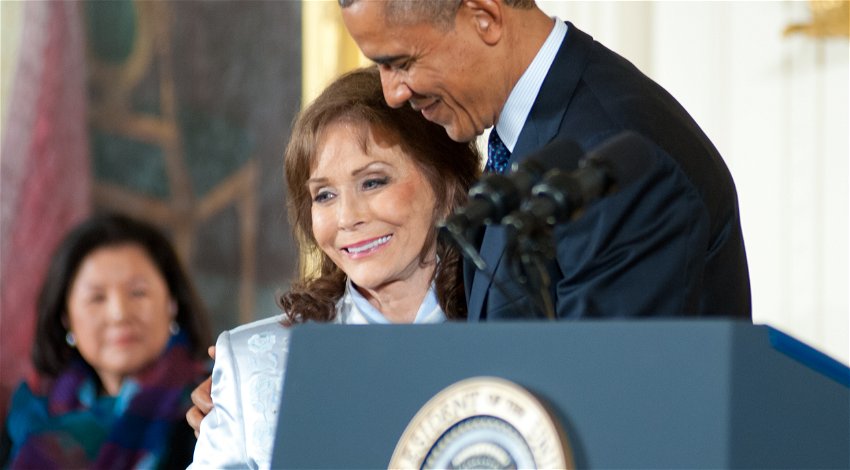 The iconic female country music star Loretta Lynn has died at the age of 90 according to a Tuesday, October 4 post on Twitter by her family.

The coal miner’s daughter and moonshiner’s wife, who became a living legend in the American country music scene, passed away at her home in Hurricane Mills, Tennessee.

A statement posted on Twitter said: “Our precious mom, Loretta Lynn, passed away peacefully this morning, October 4th, in her sleep at home in her beloved ranch in Hurricane Mills.

Lynn built a reputation as a hillbilly feminist. She wrote her own songs, many of which covered the inequities of man-woman relationships and philandering husband. That led to the banning on the radio of at least 14 of her songs.

Working in the male-dominated music scene of the 60s and 70s she told Esquire magazine: “I wasn’t the first woman in country music.

“I was just the first one to stand up there and say what I thought, what life was about. The rest were afraid to.”

Lynn, who had more than 50 top-10 country hits, was known for her down-home twangy voice scoring hits with songs such as “Fist City,” “Don’t Come Home a’Drinkin’ (With Lovin’ on Your Mind),” “You Ain’t Woman Enough (to Take My Man)” and the autobiographical “Coal Miner’s Daughter.”

She had a tumultuous relationship with her husband Doolittle who she married at 15 and with whom she had four children,

She also won three Grammy awards as an artist. One for the song “After the Fire Is Gone” with long-time duet partner Conway Twitty and two in 2004 for her work on the album “Van Lear Rose,” a collaboration with rocker Jack White of the White Stripes.

Lynn’s 1976 autobiography “Coal Miner’s Daughter” made the New York Times bestseller list, providing an Oscar for Sissy Spacek who portrayed her in a movie of the same name.

In 2003, Lynn was a Kennedy Centre honouree for her contribution to American culture, She was given a Grammy Award for lifetime achievement in 2010 and three years later a Presidential Medal of Freedom. That was given to her by then-president Barack Obama.

Lynn suffered a stroke in May 2017, not two weeks after celebrating her 85th birthday with a two-night stand at the Grand Ole Opry’s historic Ryman Auditorium. She also broke a hip in January 2018.

Tributes have poured in for the iconic female music star and leading feminist that was Loretta Lynn, a groundbreaking artist and feminist.