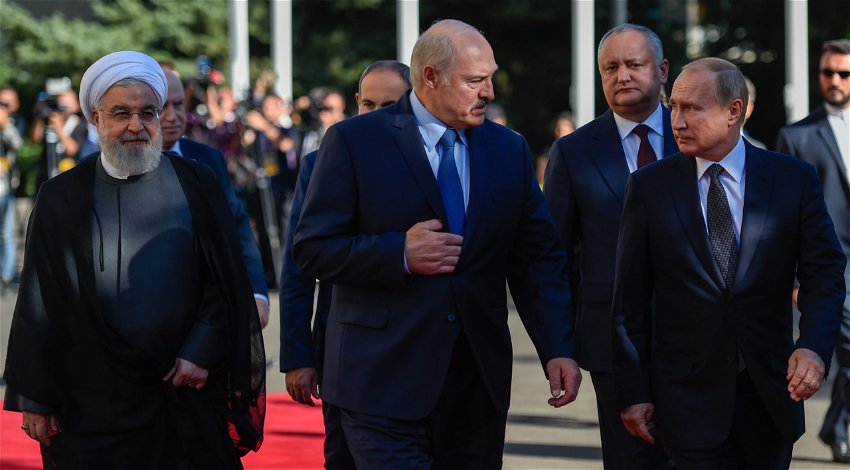 PRESIDENT of Belarus Alexander Lukashenko said that Poland was building up its military forces near the Belarusian borders and also suggest that Lithuania was ‘trying to keep up’.

“Poland is building up its military forces at the Belarusian borders, Lithuania is trying to keep up,” Lukashenko said at a meeting on military security, as quoted by the website of the President of Belarus on Tuesday, October 4.

According to the president, there is a NATO grouping of approximately 25,000 troops in the countries bordering Belarus.

“The most active is Poland, noted the head of the state. A new mechanised division is being formed in the south of Belarus, while in the north and east there are brigades of territorial defence of Poland,” he said.

The President also said that “the intensity of reconnaissance flights near our borders is not reduced.

He added: “Operational and combat training is actively carried out, including the use of the Pabrade training range in Lithuania, which is just 15 kilometres from the state border of Belarus.

“Under the guise of supporting Kyiv, a number of European countries are implementing their plans to rearm with modern weapons and equipment and reinforce their armies.”

On Friday, September 30, Lukashenko said that Belarusians are a peaceful nation who have never attacked anyone and never will.

“The Belarusians have never attacked anyone in their history. We have not been a source of threat to anyone. It will continue to be so. I emphasise that this is how it will be! We remain committed to the peaceful solution of any international problems,” Lukashenko said at the time.

“Having lost every third resident during the Nazi genocide, Belarusians, like no other nation in the world, value human life highly. Every human life!”, the head of state added, as reported by BelTA.