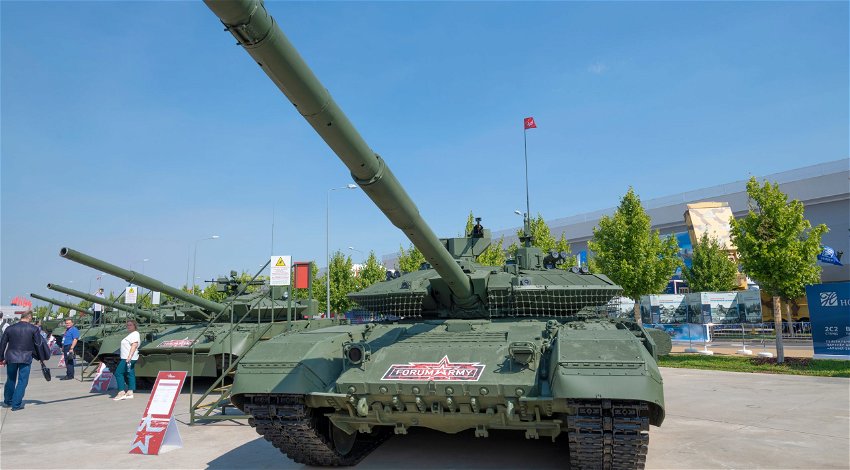 RUSSIA’S redesign of its modern T-90 “Breakthrough” tanks has been mocked by a Ukrainian military expert, as reported on Tuesday, October 4.

Oleksandr Kovalenko said that the installation of so-called “chicken coops” on its modern T-90 “Breakthrough” tanks, is ‘meaningless and useless’.

“In 2021, the first photos and videos of Russian tanks appeared, in which very strange structures were installed on the towers, which were some kind of anti-cumulative grids,” he said.

“These structures received many derogatory nicknames among the people, such as “chicken coop”, primarily because their meaninglessness and uselessness were obvious.”

According to Kovalenko, this “chicken coop” should have protected the upper projection of the tank from Javelin ATGM missiles, as well as French MMP and Israeli Spike missiles, but this is not the case.

“Despite the fact that this fact was obvious, we saw a large number of Russian T-72B3, T-80bVM and even T-62 tanks with “chicken coops” on the towers,” he said.

He added: “In October, the first confirmation appeared that “chicken coops” are already being installed even on the most modern, conditionally serial tank of the Russian Armed Forces T-90 “Proryv”.

“That is, meaningless, useless “chicken coop” becomes a standard installation on all types of Russian tanks? It seems so.”

Back on Saturday, August 6, video footage emerged of the Russian T-90 super tank being destroyed by a Ukrainian missile strike.

These armoured vehicles are thought to cost in the region of £3 million each.

“And with this, in theory, Russia should be all right, because it inherited from the USSR a number of very promising developments of KAZ for tanks… But at this, having more than 70 years of history of development of KAZ, they have never become massive in either the Soviet or Russian army… Seven decades of work and as a result a “chicken coop” on the tower of the most modern serial tank,” he said.

Back in May, Ukrainian forces were able to destroy the ‘invincible’ T-90 tank, believed at the time to be among the best at the Russian force’s disposal.

On Tuesday, May 10, aerial footage shows the tank exploding thanks to a Carl Gustaf recoilless rifle, supplied by Sweden.