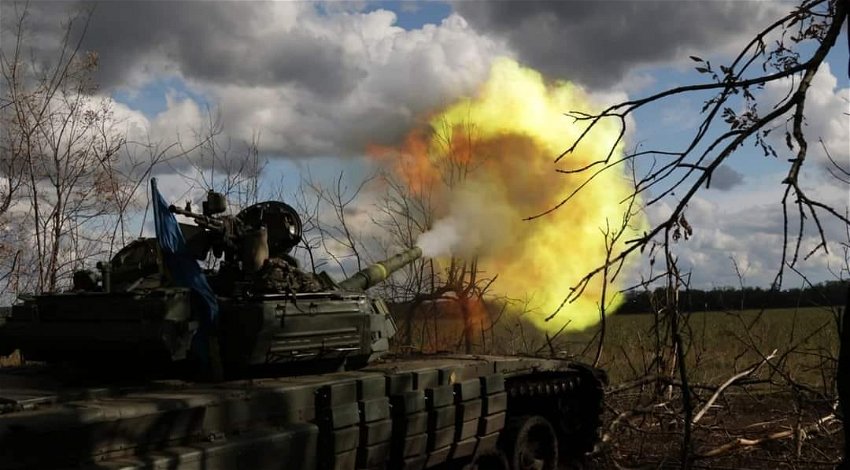 ON Tuesday, October 4, Ukraine’s Ministry of Defence published updated figures of combat losses inflicted on Russian forces since the beginning of the war, including the destruction of more Russian tanks.

In the updated Russian combat losses, Ukraine’s MoD announced that a further 44 Russian tanks had been destroyed by Ukrainian forces on Monday, October 3. This takes the number of Russian tanks lost in Ukraine to 2424.

According to the latest data, another 370 Russian soldiers died in battle, which has brought the total to around 60,800.

The other significant increase in figures is the loss of one Russian fighter jet which takes the number destroyed by the Ukrainian army to 266. Ukraine also confirmed the destruction of two Russian MLRSs, taking the total to 340.

“If there's one thing this last week has taught me, it's better to have a gun and not need it than to need a gun and not have it.”
Clarence Worley
FORTY. FOUR. TANKS.

Total combat losses of the enemy from Feb 24 to Oct 4: pic.twitter.com/INcFIpJDav

The General Staff of the Armed Forces of Ukraine revealed that Putin’s army had suffered the greatest losses on Monday, October 3 in the Kramatorsk and Donetsk directions.

A detailed breakdown of the 223rd day of the war shows that the loss of 27 more Russian forces’ Armoured Personnel Carriers (APCs) now means Ukraine has destroyed 5018, while the destruction of 11 more two more Russian artillery systems now means that Putin’s army has now lost 1407 in total.

Two more Russian drones were destroyed meaning Russia has now reportedly lost 1028 since the start of the conflict in Ukraine. Russia also had one anti-aircraft warfare system destroyed – 177 in total – and 12 more vehicles and fuel tanks, resulting in a total of 3823 destroyed.