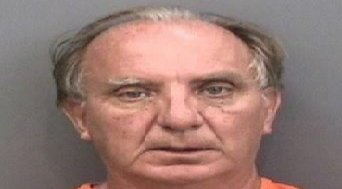 A worker who filmed himself abusing bodies in a morgue has been charged with 16 more offences according to Kent police.

Kent police said on Tuesday, October 4 that David Fuller who was given a whole life sentence for the murders of Wendy Knell and Caroline Pierce in Tunbridge Wells, Kent, is to be charged with more crimes. The charges follow a lengthy investigation that goes back as far as 2008.

Fuller, a 67-year-old electrician, filmed himself abusing corpses including girls and elderly women during the 12 years prior to his arrest in December 2020.

Appearing in court in 2020 he pleaded guilty to 78 sexual offences against deceased females and the Tunbridge Wells Hospital and at the former Kent and Sussex Hospital. Further investigations found evidence of 101 victims in the mortuaries, Fuller has been charged with further offences related to the 23 remaining victims.

Police have not been able to identify all 23 of the additional victims, all of whom were adult women. As a result, he faces:

The killings of Knell, 25, and Pierce, 25, became known as “the bedsit murders.” They had remained unsolved for more than three decades before new and more advanced DNA techniques identified Fuller as the killer.

He is also said to have sexually abused his two murder victims once in the morgue, news that led to his wife of 20 years, Mala, leaving him.

Fuller, who has a son and daughter, initially denied involvement in the murders although he pleaded guilty to the abuse of bodies in the morgue. However, during the trail he admitted to the killings and to physically abusing 78 victims.

His admissions included sexual penetration of a corpse, possessing an extreme pornographic image involving sexual interference with a corpse and taking indecent images of children.

During sentencing, Judge Mrs Justice Cheema-Grubb QC told Fuller: “You became a vulture, picking your victims from among the dead from the hidden world of hospital mortuaries, which you were left free to inhabit simply because you had a swipe card.”

In what must be one of the most bizarre cases, Fuller the worker who filmed himself abusing bodies in morgues is to be charged with more offences ensuring he never leaves prison alive.