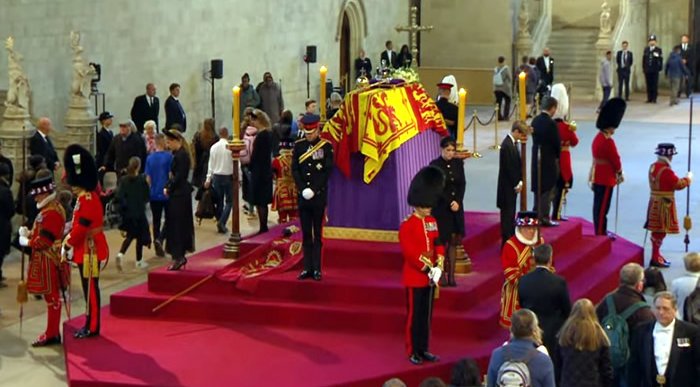 Under-fire chancellor, Kwasi Kwarteng blames the Queen’s death for the budget shambles as he seeks to rid himself of the blame for the financial turmoil.

Speaking overnight on Tuesday, October 4 the chancellor blamed the national mourning period, which he said added to the pressure in the build-up to his Commons statement that led to the collapse in markets.

The statement will do little to help his cause with internal squabbles and battles likely to continue over his mini-budget and rumours of cuts to welfare and pensions.

To make matters worse for the chancellor who has yet to apologise for the mess and who refuses to accept that his mini-budget was a mistake, his boss Liz Truss has twice refused to confirm that she had full trust in him.

Number 10, however, insists that the prime minister has “full confidence” in the Treasury chief although she herself is facing the chop over the affair.

The squabbling within the party was also ratcheted up by Home Secretary Suella Braverman who accused Tory colleagues of waging a “coup” against the prime minister. This is despite her disastrous showing in the polls and the financial turmoil that has hit the country.

Not having learned her lesson Truss has signalled she still wants to scrap the higher rate, while rumours continue to circle that she intends to cut benefits and pensions by extending the retirement age.

Explaining the run-up to his September 23 statement, Mr Kwarteng claimed: “It was a very quick time that we did it, and you have got to remember the context.

“What was extraordinary about that month was that we had a new Government and also we had the sad passing of Her Majesty Queen Elizabeth II, so we had a nation in mourning and then literally four days, I think, after the funeral, we had the mini-Budget.

“It was a high-speed, high-pressure environment.”

Today, Wednesday, October 5 will be a make-or-break day for the prime minister as she delivers her keynote speech.

Pundits will have to wait and see whether she has acknowledged the criticism from within the party and recent polls that show her to be trailing the Labour party by a huge margin.

The speech will also be a key indicator as to the future of the under-fire chancellor Kwasi Kwarteng who has blamed the events around the Queen’s death for the budget shambles.