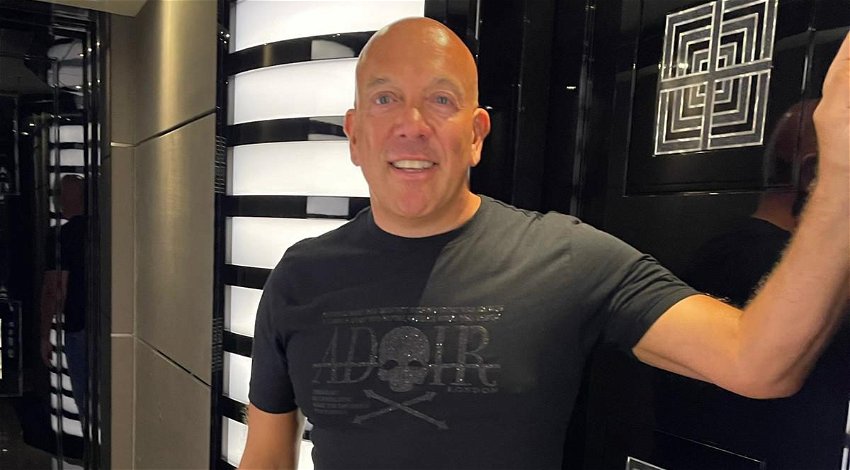 With not one but two films premiering at this year’s Marbella International Film Festival, the Euro Weekly News sat down to talk to actor and producer Terry Stone.

Stone, whose life´s story takes in music, movies and some seriously sharp business moves, explained his road to success was not an obvious one, leaving school with no qualifications to start out in a fast food chain.  As the actor joked to the EWN, “Ronald McDonald gave me my start in life.”

He quickly wanted more however, moving into sales with a lucrative income until the recession hit in the 80s, which he said left him with nothing.  “For a year it felt like the world had ended”, said Stone.

Still in his twenties, Terry was determined to enjoy life however, and found himself joining the rave scene. At a time when a night out traditionally meant, “a club with a sticky carpet, some bad music and then a kebab,” Terry said he found the music and culture of the emerging rave movement a breath of fresh air.

He explained: “There were no fights, everyone was friendly and there was a great vibe.”

Getting involved, first as a leaflet tout and then as a promoter and organiser, Stone turned raves into a multi-million pound business, founding the brand One Nation and later Rave Nation and Garage Nation.

Now well-known in the UK for his raves, Terry said was tiring of the non-stop hours and increasingly different vibes when he met his now wife, who said that at nearly 30 it was time to get out.

Having sold the business, Terry was now in a position to do what he wanted and embarked on a career in acting, finding himself an agent and acting classes. Within his first year he had two appearances in Eastenders as well as several other mainstream TV gigs under his belt.

Realising he had only made €8,000 in that year however, Terry turned his business mind to the problem, and after a friend pointed out hed spent years successfully attracting investors and promoting One Nation, Terry realised he could make his own movies.

Starting with One Man and His Dog, which he says, “was like going to film school,” Terry continued creating his own work until one day he was reading the book Rise of the Footsoldier, and realised it would make a great film.

Buying the rights, Terry launched the hugely successful Rise of the Footsoldier franchise which has now spread to five films. This enduring series has starred Vinny Jones, Craig Fairbrass, and of course Terry himself.

Speaking about his life now, Terry said: “I still get offered plenty of roles but I like having control over what I choose to work on or not.

“I get the best of both worlds really now and there is plenty more coming in 2023 so stay tuned.”

The star is continuing to create his own films as well as exploring his musical roots with two films at this year´s Marbella International Film Festival.

The Last Heist will premiere at Red Dog Cinemas in Puerto Banus on Friday, October 7, while 25 Years of Garage premieres at the same venue on Saturday, October 8.