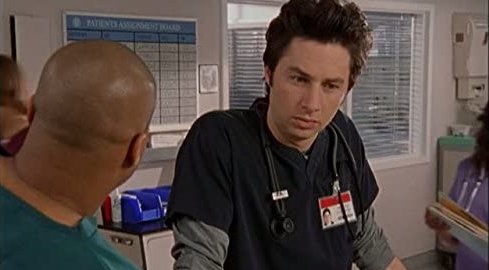 A co-executive producer of the hit TV show Scrubs and series writer has been charged with 18 counts of rape and sexual battery according to the Los Angeles County District Attorney.

Detailing the charges on Wednesday, October 5 the district attorney said that Eric Weinberg is accused of using his “Hollywood credentials” to lure several young women to photo shoots before assaulting them.

The 62-year-old is charged with using force for sexual penetration and oral copulation. He is also charged with forcible rape and two counts of sexual battery by restraint.

Said to have occurred between 2014 and 2018, the incidents involve five women, the charges include assault by means of force likely to cause great bodily injury and the attempted sexual penetration by use of force and false imprisonment by violence.

He is accused of approaching two women at public locations in 2014, telling them he was a photographer. After some contact, he enticed them back to his home where he is accused of sexually assaulting them.

In 2018 and 2019, he is accused of sexually assaulting two more women in separate incidents.

“Power and influence can corrupt some to hurt others that often leads to a lifetime of trauma for those who are victimised.”

Weinberg is currently out on bail after posting bail of $5 million (€5.03 million) following his arrest in July.

He is expected to appear in court on 25 October with the case still under investigation by the Los Angeles Police Department. They have asked further victims or anyone with information to come forward. .

The producer of hit TV show was not working on Scrubs or the show Californication at the time, with both having come to the end of their runs.