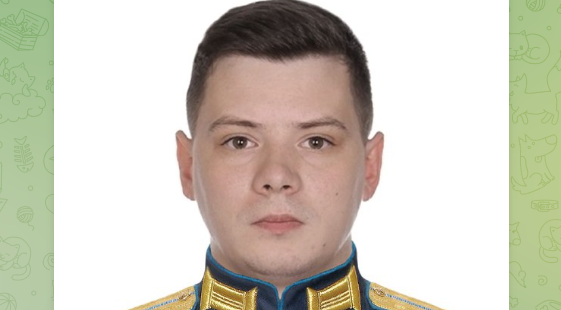 THE admin of a popular Russian defence Telegram channel, Ruslan Padudar, has been killed in Kherson Oblast, as reported on Thursday, October 6.

Ruslan Padudar, the administrator of the popular Russian defence Telegram channel “Thirteenth” was killed during shelling in the Kherson Oblast region of Ukraine, the channel wrote.

“Ruslan Padudar, my brother, friend, comrade, one of the administrators of this channel, the man who led the technical direction, remade quadrocopters, invented drop systems, saved many lives of our guys,” the channel wrote.

It is believed that he died late on Wednesday, October 5.

“He died during the shelling this night in our direction,” the channel added.

“I still don’t believe it, but I understand that it happened … Rus, the Kingdom of Heaven is for you.

“Those commanders who send people with such a mindset to the front line are complete *******, I declare this openly … Because they the mind to do what this person did is clearly not enough.

“We will take revenge. Forgive me for everything Brother.”

The news of Ruslan Padudar’s comes after Russia announced that they were preparing to launch a counter-attack in Kherson.

On Wednesday, October 5, the region’s deputy head of administration, Kyrylo Stremousov, said that Russian forces in Ukraine’s Kherson Region were preparing to counter-attack against the Armed Forces of Ukraine.

“The Russian army is conducting manoeuvres. The regrouping of the front in the current conditions allows it to gather its forces and strike already,” Stremousov said at the time.

He added that the Ukrainian army’s advance deep into the region “has been stopped.”

“As of this morning, everything is in place. There is no movement and no movement. They will not go into Kherson, it is impossible,” the official concluded.