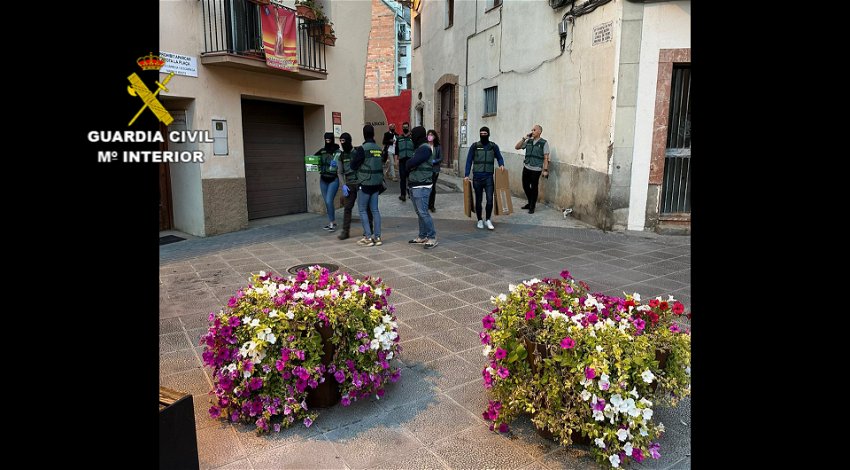 Agents of the Information Service of the Guardia Civil have arrested a Spanish national resident in the town of El Pont de Suert (Lleida) in Zaragoza as an alleged perpetrator of terrorist offences.

The detainee was allegedly carrying out intense pro-jihadist activity via the internet and had the intention of travelling to a conflict zone to join the still active structure of ISIS, the Spanish government confirmed on Friday, October 7.

The suspect was intensely active with open profiles on various social networks and instant messaging applications, integrated into propagandistic entities linked to ISIS. Through these profiles, he disseminated abundant jihadist propaganda on terrorist activities carried out in different scenarios, and on material for the manufacture of explosives.

This person had recently taken a particularly significant step, including recordings in which he showed his total commitment to the objectives of ISIS and swore allegiance to this organisation.

During the investigation, international cooperation with the F.B.I. has been fundamental and has played an important role in the identification and neutralisation of the detainee. This person had experience in the use of weapons and explosives and showed violent and aggressive behaviour towards the agents.

Likewise, during the investigation period, it was found that the detainee adopted multiple security measures.

After the arrest, the agents proceeded to carry out several searches associated with the detainee, in order to gather evidence of his activities and to fully clarify the facts investigated both in Spain and in other countries.