Modernising the weather: Future storms to be given gender-neutral names 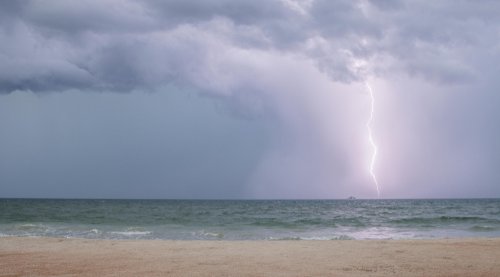 The European storm-naming group was first launched by Met Eireann and Britain’s Met Office in 2015 to raise awareness about severe weather and avoid confusion caused by storms being given different names in each country.

Head of Forecasting at Met Eireann, Evelyn Cusack, confirmed the move is an attempt to reflect the changing attitudes towards gender in society, the Independent confirmed on Friday, October 7.

Evelyn confirmed: “Hurricanes used to only have female names up until the late 1970s and have swapped between boys’ and girls’ names since then.”

“But it’s just a convention, we’re not wedded to it.”

Evelyn confirmed that altering the storm names to accommodate gender neutrality made no difference to the storm or the weather, it just reflects the changing attitudes in society towards gender.

The European storm-naming group announced its list of names for the upcoming winter season last month, as voted by members of the public. It included three gender-neutral names: Sam, Val, and Elliot.

Storms are normally given a name when they are severe enough to come with an orange or red warning.

The Met Office issues weather warnings, through the National Severe Weather Warning Service when severe weather has the potential to bring impact to the UK. These warnings are given a colour (yellow, amber or red) depending on a combination of both the impact the weather may have and the likelihood of those impacts occurring.

Yellow and Amber warnings represent a range of impact levels and likelihoods. This means it is important to read each warning to know what level of impact you can expect for your chosen warning area and how likely those impacts are to occur.

These impacts can include damage to property, travel delays and cancellations, loss of water supplies, power cuts and, in the most severe cases, bring a danger to life.