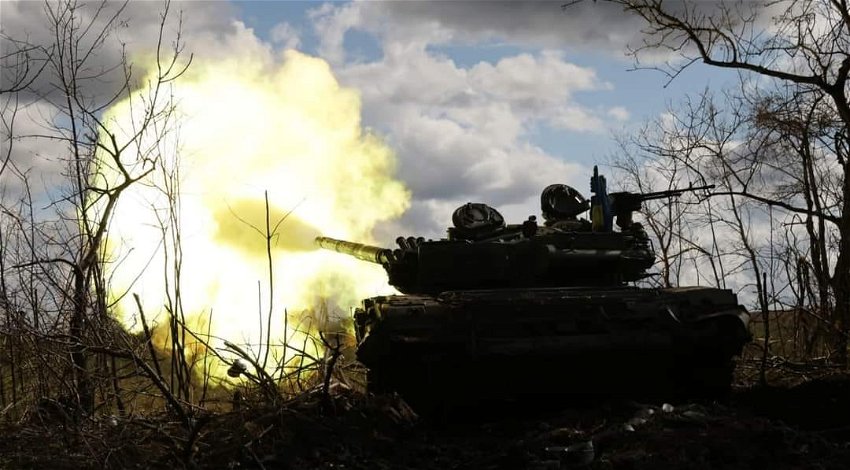 ON Friday, October 7, Ukraine’s Ministry of Defence published updated figures of combat losses inflicted on Russian forces since the beginning of the war, including the destruction of more Russian artillery systems.

Another 31 Russian artillery systems were destroyed by Ukrainian forces on Thursday, October 6, according to Ukraine’s military update on Russia’s combat losses since February 24.

Around 350 more soldiers from Russia were killed by Ukrainian forces, which saw the number of Russian soldiers that have lost their lives fighting in the conflict rise to around 61,680, according to Ukraine’s MoD.

The other significant increase in figures is the loss of 20 Russian unmanned aerial vehicles (UAVs) which takes the number destroyed by the Ukrainian army to 1067.

⚡ The General Staff of the Armed Forces posted a summary of the combat losses of the Russian troops as of 7 October.

About 61,680 Russian soldiers were eliminated.

The General Staff of the Armed Forces of Ukraine revealed that Putin’s army had suffered the greatest losses on Thursday, October 6 in the Kramatorsk and Kryvyi Rih directions.

A detailed breakdown of the war also shows that the loss of the 31 Russian forces’ artillery systems now means Ukraine has destroyed 1455, while the destruction of 29 more Russian APCs now means that Putin’s army has now lost 5093 in total.

The destruction of 17 more tanks means that Russia has now lost 2466 in Ukraine since the start of the war and the destruction of eight more Russian vehicles and fuel tanks brings the total to 3587.

One Russian helicopter was destroyed taking the number lost by Putin’s forces to 233, while the destruction of one Russian special equipment means that Russia has lost 135 in total since the country invaded Ukraine.

The news of such significant losses comes on Friday, October 7, the day Russian President Vladimir Putin celebrates his 70th birthday.