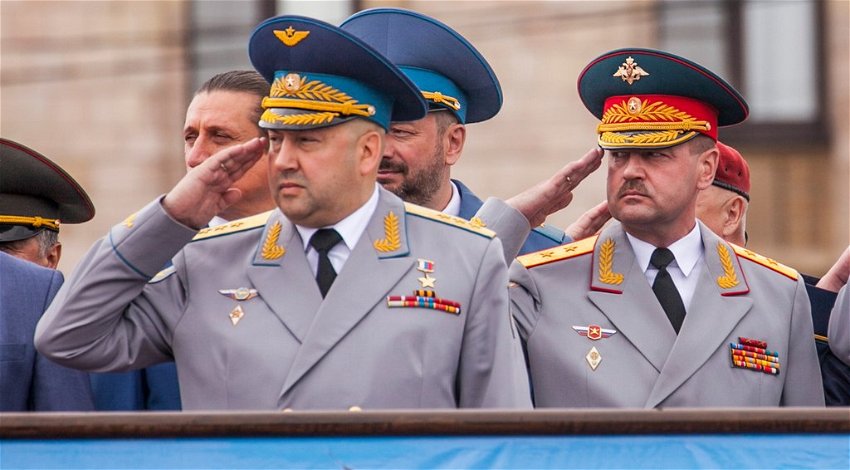 Vladimir Putin has appointed a cruel ex-jailbird general as the new commander of his troops following losses and the firing of yet another general.

The general is a veteran commander with a track record that is not without controversy having led the 2017 Russian military expedition in Syria. He received the title of Hero of Russia for that mission but was also accused of employing “controversial” tactics such as the indiscriminate bombing of anti-government fighters.

He said to have learned his trade in the wars in Chechnya and Syria, where British military intelligence says he developed a reputation for “brutality and corruption.”

Human Rights Watch suspects that he is responsible for numerous war crimes, while the Jamestown Foundation, a conservative think tank in Washington, claims that he “has a reputation for total cruelty.”

In 1991, during the Soviet Union’s attempted coup against Gorbachev, Surovikin, then a captain, led a rifle division that opened fire and broke through barricades erected by protesters.

Surovikin is clearly a man happy to break the rules of war and to go one step further in achieving Putin’s aims, perhaps a last chance for the president.

Grigory Yudin, a Russian Politician, Scientist and Sociologist has said that: “it is symbolic that Serguei Surovikin, the only officer who ordered the shooting of revolutionaries in August 1991 killing three people, is now in charge of this latest effort to restore the Soviet Union.”

Surovikin is believed to have spent time behind bars for the shooting of the protestors, one of many, but that has not stopped him from rising to the top of Putin’s corrupt inner circle. He is also said to have a record for selling weapons, which landed him in jail for a second time.

The appointment of the cruel ex-jailbird general by Putin suggests that he is willing to do whatever is necessary to strike back and to recover his ailing reputation as a strongman, as it is the recovery of the currently failing incursion into Ukraine.