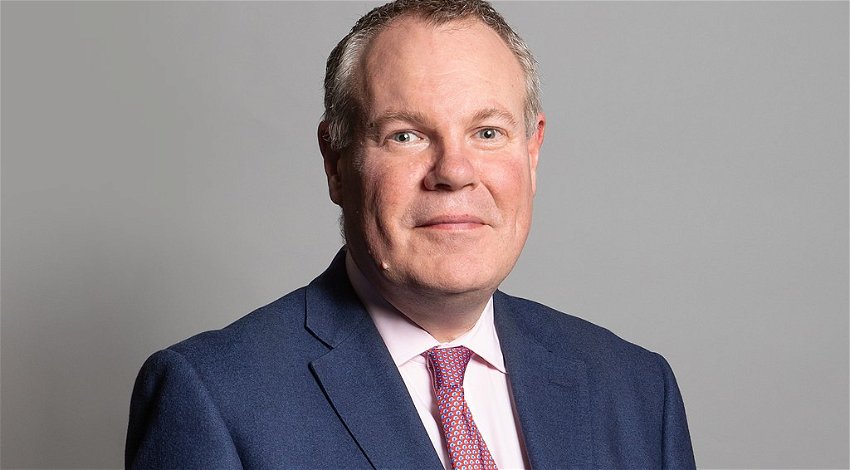 A Tory minister has been sacked for ‘touching a young man’s thigh’ in a conference hotel according to witnesses.

An eyewitness and former minister told the BBC on Saturday, October 8 that Trade Minister Conor Burns was sacked after he was seen with the man in the early hours of Tuesday in the Hyatt Regency hotel bar in Birmingham.

The hotel bar was a popular venue for conference attendees.

Burns, who says he has been given no reason for his sacking has denied any wrongdoing.

But the eye witness said that they and others had seen Burns with his hands on the young man’s thigh. Apparently, he was told to stop putting his hand there according to the same witness.

Burns, a close ally of Boris Johnson, was said to be on the resignation honours list but clearly his name will not be included unless he can clear it.

A third party is said to have complained to Tory Whips and that had led to his suspension. Allies of Burns, how is Bournemouth West MP, said he was on heavy medication to manage pain following a rib injury.

They confirm that he was drinking that night despite being on medication, saying that the combination could have accelerated the effects of alcohol.

Burns had vowed to clear his name, however, others have come out to add their allegations including former Spice Girl Mel B (Melanie Brown) who wrote on Twitter: “Really?? You’re shocked about this complaint??? Let me remind you what you said to me in lift …”

Brown, who did not elaborate on her tweet, was at the conference to address an event organised by the Sun and Women’s Aid, a charity of which she is a patron.

In her address, she warned that domestic abuse could slip down the agenda during “these times of absolute economic chaos.”

Some MPs have been critical of the suspension that saw leader Liz Truss in a departure from her predecessor, move quickly to deal with the indiscretion. Those closer to her say that after a bad conference it was important to act swiftly.

An investigation will confirm whether the Tory minister sacked for “touching young man’s thigh” was indeed guilty of the indiscretion or not.