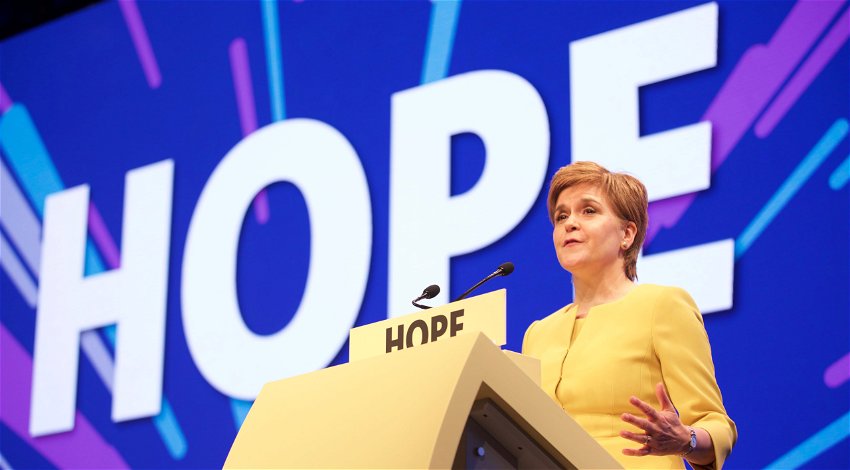 Leader of the SNP Nicola Sturgeon has been described as “really dangerous” by new Chancellor of the Exchequer Nadhim Zahawi, after she said she detests “the Tories and everything they stand for.”

In an interview with Laura Kuenssberg this morning on BBC’s One Sunday, Sturgeon didn’t hold back when asked of her opinion of the Conservative party in UK politics.

When Kuenssberg asked the First Minister of Scotland whether she thought Sir Keir Starmer or Liz Truss would be a preferable Prime Minister, Sturgeon responded, “ff the question to me is whether I would prefer a Labour government over a Tory government…I detest the Tories and everything they stand for…so it’s not difficult to answer that questions…yes [I would prefer Labour]. ”

According to Herald Scotland,  when Zahawi appeared later today on BBC’s One Sunday, he expressed his reluctance to see “Keir Starmer with Nicola Sturgeon, who now talks about detesting the Conservatives”, as if the two parties weren’t political oppositions to one another. He also described her language as “really dangerous”

In a manner that made up for it’s lack of maturity in relatively quick maths, Tory MP Andrew Bowie tweeted that Sturgeon’s comment meant “the first minister of Scotland ‘detesting’ a quarter of the Scottish electorate”, as well as expressing that it was “good to see the language of respectful disagreement being demonstrated here. Btw, how’s that plan to win over 2014 no voters going?”

One of the many oppositional responses his tweet received was by Chris Bailey (@thevicarofhell) who spelled out that “Frankly, most of us detest the Tories. You might want to take a long hard look at your party’s dishonesty, its corruption, its arrogance, and its uncaring venality and ask yourself why you are so despised. #NastyParty”

Sturgeon also justified her response, stating to Kuenssberg, “if you’re asking me do I think either a Westminster Tory government or a Westminster Labour government are good enough for Scotland, then my answer to that is no.” Rather, she expressed a desire “to see more of a radical alternative from Labour rather than just a pale imitation,” especially since Starmer has just renounced any possibility of the UK rejoining the European Union.