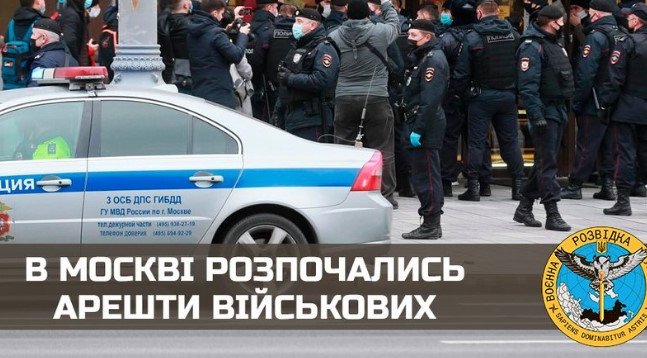 Subdivisions of the elite Dzerzhynsky operational police division were allegedly ordered into Moscow by Vladimir Putin to arrest multiple military commanders and officials.

According to the Main Intelligence Directorate of the Defence Ministry of Ukraine, Vladimir Putin ordered subdivisions of his elite Dzerzhynsky operational division into Moscow on Saturday, October 8. They were allegedly tasked with carrying out a series of complex measures against the military.

Their tasks were alleged to include arresting multiple military commanders and officials. All roads in the city centre were reportedly closed off while the operation was initiated.

#Breaking: Update – Reports that Vladimir Putin has fired the chief officer being in charge of the war in #Ukraine, and all traffic in the city center of #Moscow has been halted, after military police have been ordered to arrest multiple military commanders and officials. pic.twitter.com/8cFVjyALkX

It was reported on Saturday 8, by Defence spokesperson Igor Konashenkov, that Putin had fired General Alexander Dvornikov, who he described as: “the Commander of the Joint Group of Troops in the area of ​​​​the special military operation”.

He will be replaced by notoriously ruthless veteran army officer Serguei Surovikin, who had previously been commanding the forces on the southern flank in Ukraine since April. Saturday’s operation in the centre of Moscow has not been verified by the Kremlin, but must surely be connected to the firing of Dvornikov.

In recent days, with the Ukrainian military liberating large portions of the territory previous taken by Russia, the running of the military has come under heavy criticism from high places. The Russian Defence Minister Sergei Shoigu has been the target in recent days of vitriol from both the Chechnyan leader, Ramzan Kadyrov and Yevgeny Prigozhin, the founder of the notorious Wagner Group.

Kadyrov blamed the Russian generals for the loss of formerly taken territory in Ukraine and said that if it was up to him, he would strip those officers of their rank and send them to fight on the front lines. Prigozhin praised Kadyrov and added that he thought those in charge should be sent barefoot to fight on the frontlines to prove themselves.

Since the invasion of Ukraine in February, Putin has fired countless commanding officers every time something went wrong. He has also lost a large number of generals and colonels who have been killed by Ukrainian forces.