The 10 who died in Donegal explosion named by the Gardai 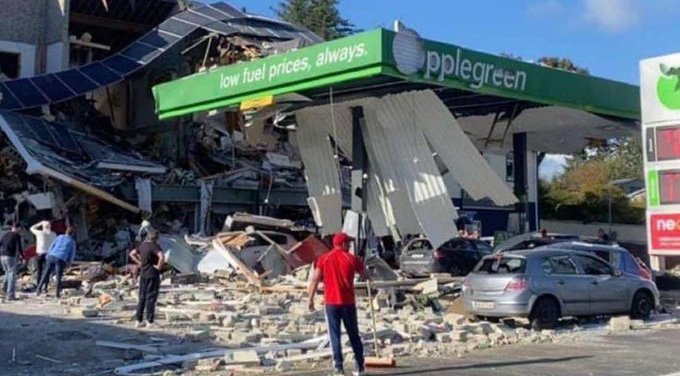 The 10 people who tragically died in the Donegal explosion on Saturday have been named by the Gardai after relatives were informed.

A statement by the Gardai released on Sunday, October 9 said that one man in his 20’s remains critical in the St James’s Hospital and seven others continue to receive Letterkenny University Hospital and remain in stable condition.

The 10 people who died are named as (pictures from top left to right):

Vigils have been held across Ireland for those that lost their life, with the first taking place in Milford, roughly half an hour’s drive from Creeslough. Prayers were said and a song named Creeslough that was written by a local musician played.

Pope Francis has also sent condolences via the Parish priest Fr Stephen Gorman. He read a statement on behalf of Pope Francis, who expressed his sadness at the tragic loss of life.

Dr Gerry Lane, a consultant in emergency medicine, coordinated the emergency response. Speaking to RTE he said he was taken aback by the heroism of those involved in the search and rescue, as he was the love the people have shown for their community.

He said that despite the inherent dangers people risked life and limb to remove the rubble.

The Taoiseach Micheál Martin travelled to the hospital on Sunday morning to meet those who were admitted to the hospital and the medical team who looked after the injured. He also went on to meet the rescue team and those from the mortuary who have the horrific task of dealing with the deceased.

Dublin City Council and the Lord Mayor’s office have said a book of condolences will open on Monday. Timings and details are yet to be confirmed, but there is talk of an online book to enable those from further afield to add their names.

The Gardaí, who have named the 10 who died in the Donegal explosion, have said the incident appears to be an accident, however, investigations are continuing.