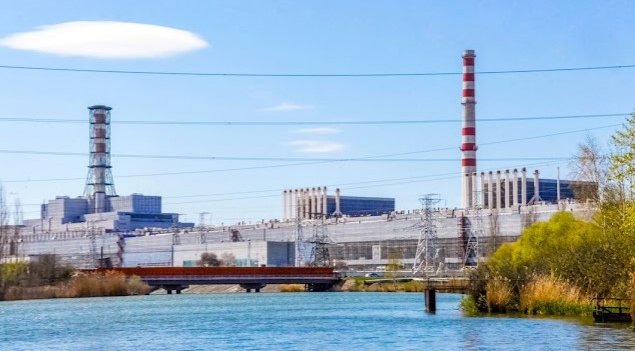 Ukraine’s SBU has been denounced by Vladimir Putin for committing three alleged ‘terrorist attacks on the Kursk nuclear power plant in Russia.

Speaking during his speech at the Security Council of the Russian Federation this morning, Monday, October 10, Russian President Vladimir Putin said that the SBU staged three terrorist attacks against the Kursk nuclear power plant. The facility is located in western Russia on the bank of the Seym River about 40km west of the city of Kursk.

The head of state noted that explosions of power lines were repeatedly recorded. As a result of the third terrorist attack, three lines were damaged at once. “With the measures taken, the damage was eliminated as soon as possible, and no serious consequences resulted”, he explained.

According to the head of state, Kyiv committed a number of terrorist attacks and attempts at these crimes, including the intention to blow up one of the sections of the Turkish Stream. He noted that this was proved by objective data, including the testimony of the detained perpetrators themselves.

Putin stressed that it was ‘simply impossible’ to leave Kyiv’s crimes unanswered. The President clarified that if the Ukrainian authorities continue to attempt to carry out terrorist attacks on the territory of the Russian Federation then the responses from Moscow will correspond in scale to the level of threats.

He also noted that: “This morning, at the suggestion of the Ministry of Defence and according to the plan of the General Staff of Russia, a massive strike was carried out with long-range precision weapons”, on energy, military command, and communications facilities located on the territory of Ukraine.

Many cities have been targeted in Ukraine today, including Kyiv, Dnipro, Lviv, and others. President Volodymyr Zelensky said that strikes were also carried out on energy facilities in Kyiv, Khmelnytskyi, Lviv, Dnepropetrovsk, Vinnytsia, Ivano-Frankivsk, Zaporizhzhia, Sumy, Kharkiv, Zhytomyr, and other regions. Air raid sirens have been heard constantly throughout the country.

Sporadic reports appeared online that problems had been occurring with the internet in Ukraine. Khmelnytsky, Lviv, and Poltava regions, as well as Kharkiv and Zhytomyr were almost completely deprived of any connection, as reported by dailystorm.ru.