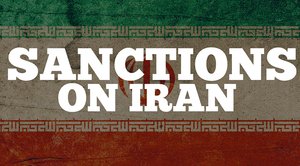 The UK has imposed sanctions on Iran’s so-called ‘Morality Police‘ and senior security and political figures.

Mahsa Amini’s death, following her arrest by the Morality Police, has sparked protests across Iran and shocked the world. For decades the Morality Police have used the threat of detention and violence to control what Iranian women wear and how they behave in public.

In response, the UK has today sanctioned the Morality Police in its entirety, as well as both its chief Mohammed Rostami Cheshmeh Gachi and the Head of the Tehran Division Haj Ahmed Mirzaei.

The UK is also imposing sanctions today on five leading political and security officials in Iran for committing serious human rights violations, including:

The Basij force, NAJA Special Forces Unit and the wider Iranian police have played a central role in the crackdown on protests across Iran in recent weeks, as well as the fuel-related protests in 2019.

There have been reports of live ammunition being used against protestors, including when students were blockaded by security forces at the Sharif University earlier this week, and the bodies of protestors killed by security services buried without the families’ knowledge.

Foreign Secretary James Cleverly said: “The UK stands with the people of Iran who are bravely calling for accountability from their government and for their fundamental human rights to be respected.

“These sanctions send a clear message to the Iranian authorities – we will hold you to account for your repression of women and girls and for the shocking violence you have inflicted on your own people.”

These sanctions will ensure that the individuals on the list cannot travel to the UK and any of their assets held in the UK, or by UK persons anywhere, will be frozen.

Earlier this week the Foreign Secretary instructed the FCDO to summon the Iranian Chargé d’Affaires to express the UK’s condemnation of the Iranian authorities’ violent crackdown on protests.