Shock as teacher Giovanna Fabrica collapsed and died in front of students in Villa Bartolomea, Verona 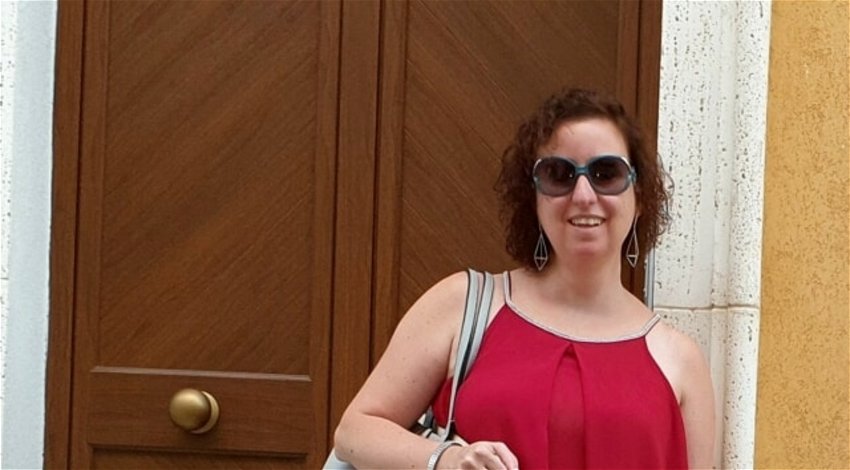 HEARTBREAKING news coming out of Italy on Tuesday, October 11 after it revealed that 44-year-old school teacher Giovanna Fabrica collapsed and died in front of her students in Villa Bartolomea, Verona (Italy).

The teacher of Sicilian origin had just finished teaching her second class of the day at the Comprehensive State Institute ‘Ederle’ in Villa Bartolomea, in the province of Verona, when she collapsed to the floor at around 2 pm on Monday, October 10, as reported by fanpage.it.

According to local reports, Ms Fabrica suddenly collapsed to the ground in front of her worried students as she got up from her desk to greet her colleague, Tommaso De Stefani.

Her colleague called for help and began performing CPR manoeuvres as they awaited the emergency services.

Once paramedics arrived on site, they took over from De Stefani but after 45 minutes, the teacher was pronounced dead at the scene, despite the use of a defib.

While paramedics attempted to save the woman’s life, an air ambulance Verona Emergenza helicopter was called for, which landed on the football pitch a short distance from the school.

Sadly, the emergency helicopter crew were not needed following the sudden and unexpected death of the schoolteacher.

Heartbreakingly, the 44-year-old’s husband also arrived at the school after being given the news but arrived after she had died, as reported by bigodino.it.

The school said that Giovanna had not suffered from any illness prior to her collapse.

“Your smile died too soon in the place you loved most. We embrace you tightly on your last journey so that you will not be afraid,” the school said in a message on social media.

“Your children, colleagues, all the staff of the Institute, the headmistress.”

The school’s headteacher said: “An admirable person who reacted with great composure to this immense and sudden pain that not even he would have expected to experience. Also because, as you assured us, Giovanna did not suffer from diseases.

“We are all shocked and still can’t believe it. Even with a broken heart, however, an applause, as also noted by the rescuers himself, certainly goes to the master De Stefani who performed the necessary maneuvers with extreme professionalism and without ever losing control of the situation.”

Maria Grazia Brandara, Mayor of Naro, said: “Giovanna was a sunny, serene, sweet woman. She deeply loved her job as a teacher and the little ones. Her passing leaves us astonished. Another daughter of this land who had to leave, this time never to return. May the earth be kind to her.”

The news comes a month after a teenage school student died of a cardiac arrest while in class.

On Wednesday, September 7, a 13-year-old schoolgirl died following a cardiac arrest while she attended class in the Nellore district, India.

Sheikh Shaheeda, a student in class 7 of Vinjamur Zilla Parishad school, suddenly collapsed and suffered a cardiac arrest after she stood to answer a question from her teacher.