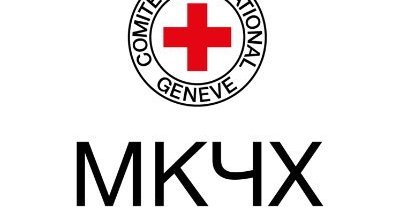 A Ukrainian official reacted with outrage after the Red Cross in Ukraine announced a temporary suspension of its activities during the latest Russian missile attacks.

Deputy member of the Permanent Delegation to the Parliamentary Assembly of the Council of Europe, Chairman of the Committee on Economic Development Dmytro Natalukha explained that there are two “red crosses” in Ukraine: the International Committee of the Red Cross and the Red Cross Society in Ukraine.

“So, it was the international committee that suspended its activities, not the Ukrainian society!”

“The organization, which receives billions of euros from national states, “didn’t lift a finger” to somehow make life easier for the families of the dead, the families of prisoners, the prisoners of war themselves. Were they in Olenivka? Do they know what happened there? have they communicated with POWs? Do they have a registry? Are they willing to verify those who are exchanged?” – asked Natalukha.

At the same time, Dmytro Natalukha emphasized that the Red Cross Society in Ukraine continues to work in Ukraine every day, regardless of the constant risks to life.

The International Committee of the Red Cross on the other hand, has denied it is suspending operations, stating:

“Our teams remain in the country and will continue their activities, while adapting to the deteriorating security situation as required.”

Following the recent attacks, @ICRC_ua would like to clarify that our operations have not been suspended in the country.

To be clear, we remain in Ukraine and will continue our activities, all while adapting to the deteriorating security situation as required.

The issue arose after reports that the Red Cross was ceasing activity due to the recent missile strikes, when the organisation stated its teams had paused operations for security reasons. As reported by Reuters, a second Red Cross spokesperson later added that while field work had temporarily halted, aid workers were able to continue desk work. “As soon as it’s safe to move they will,” said Jason Straziuso.

Another humanitarian group, the Norwegian Refugee Council, also said that it had halted its aid operations in Ukraine until it is safe to resume, saying the temporary pause was affecting its work to pre-position supplies ahead of the winter.

“We cannot aid vulnerable communities when our aid workers are hiding from a barrage of bombs and in fear of repeated attacks,” said Jan Egeland, secretary general of the NRC.