Frank Abrams remembered with a night of music at Ope Moraira 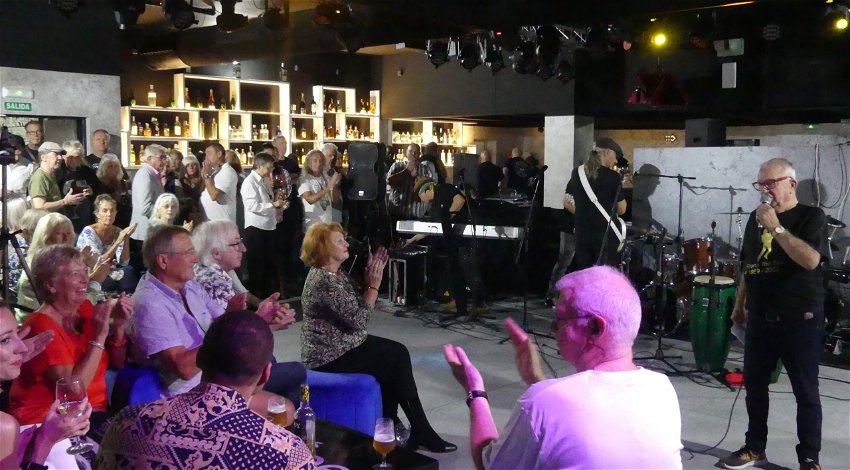 The renowned saxophonist, Frank Abrams, was remembered by the people of Moraira and the surrounding areas in the best way they know how with an evening full of music and entertainment.

The Ope in Moraira played host to an evening that saw a few hundred people turn out on a rainy evening to say goodbye.

On hand were his many friends, his family and of course those who had the pleasure of having worked with Frank. Nearly 20 musicians and singers turned up to play the music that Frank had played and enjoyed.

A number of the musicians and bands had played with Frank including Laurence Archer of L.A. Roxx. Archer said he and Frank were in a band together for three or four years before moving on, however, they did still appear together from time to time.

He spoke highly of Frank’s ability as a saxophonist saying that he will be missed by the local music community, both here on the Costa Blanca and in his home town of Swindon. But Frank wasn’t just known for his, those who knew him said he was a big character and full of fun.

Throughout the night there were various tributes paid to Frank, but perhaps the most poignant was the display of his two saxophones alongside the stage.

Those that attended the evening were also able to sign a book of remembrance, finishing off a perfect way to remember one of rock’s own, Frank Abrams.

Frank will be missed as Moraira says goodbye.