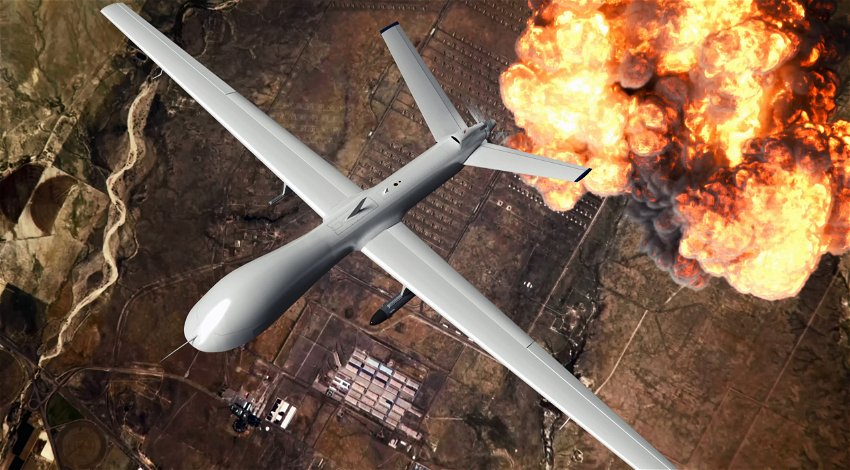 IN its latest update on Wednesday, October 12, intelligence supplied by Britain’s Ministry of Defence confirmed the use of Iranian Shahed-136 drones in recent attacks in Ukraine.

The MoD said that although “Russia has deployed Iranian manufactured uncrewed aerial vehicles (UAVs – drones) since at least August 2022, including the one-way attack Shahed-136 variant, Russia included Shahed variants among the extensive wave of strikes it conducted on October 10, 2022.”

“Previously, the Ukrainian General Staff reported that Russia had launched a total of 86 Shahed-136s and claimed that 60 per cent had been destroyed in the air,” it said.

“These UAVs are slow and fly at low altitudes making lone aircraft easy to target using conventional air defences. There is a realistic possibility that Russia has achieved some success by attacking with several UAVs at the same time.”

It added: “Despite a reported range of 2,500 km, the Shahed-136 only has a small explosive payload. It is unlikely to be satisfactorily fulfilling the deep strike function which Russia probably aspired to use it for.

“With Russian tactical combat jets still achieving limited effect over Ukrainian territory, the lack of a reliable, sustainable, and accurate operational-level strike capability is likely one of Russia’s most significant capability gaps in Ukraine.”

As noted, the attacks on October 10 were authorised by Serguei Surovikin.