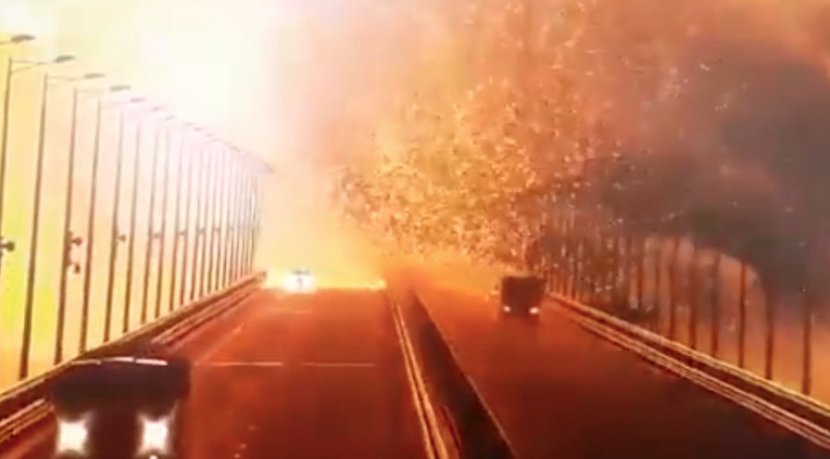 RUSSIA’S FSB has announced that following investigations from the Russian Investigative Committee, which was set up by Russian President Vladimir Putin in the wake of the Crimean Bridge explosion, eight arrests have been made, as reported on Wednesday, October 12.

“The organiser of the terrorist attack on the Crimean bridge was the Ukrainian Defence Ministry’s Main Directorate of Intelligence, its head Kyrylo Budanov, employees and agents, in addition, five Russian nationals, three Ukrainian nationals and an Armenian have been detained,” the Federal Security Service’s Centre for Combating Terrorism has said.

According to the FSB, “between September 29 and October 3, the cargo was cleared in Yerevan at the Transalliance terminal in accordance with the EAEU rules and documents were swapped, after which the consignor was already “GU AR JI GROUP” LLC (Armenia, Alaverdi) and the consignee was “Leader” LLC (Moscow),” as reported by RIA.

As noted, Putin ordered the creation of a government commission to oversee the investigation into the explosion on the Crimean bridge immediately after the incident.