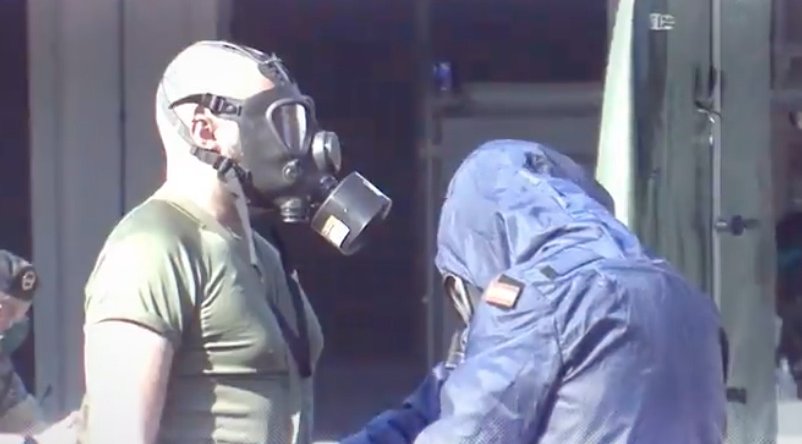 MILITARY training exercises are underway in Portugal this week on the outskirts of Lisbon featuring army corps from Spain, Slovenia and Portugal.

Due to running until October 14, Spain is participating in military training exercises in Portugal focused on improving the army’s defence against nuclear, biological and chemical threats.

Celulex 22, which is taking place in Mafra, about 40 kilometres north of Lisbon, aims to contribute to the development of Portugal’s capacity in “nuclear, biological, chemical and radiological defence,” the Portuguese army explained in a statement.

The program takes place between October 10 and 14 at the Weapons School in Mafra with some 250 participants, including civilians and military.

The Celulex are annual training exercises of the Portuguese Army to help the population in case of biological or nuclear threats.

“This exercise, in addition to the employment of the Biological, Chemical and Radiological Defence Element of the Army, has the participation of the Spanish Army, the Armed Forces of Slovenia, and various National Civil Protection agents,” Celulex 22 said on Facebook.

“The troops committed, throughout the exercise, will amount to 250 participants, between civilians and military, from the various entities.”

Spain’s nuclear defence training in Portugal comes after Russian MP Yevgeny Fedorov announced that Russia will lose the war if they “do not launch a nuclear strike on the United States”.

On Wednesday, October 5, Fedorov said: “Defeating the Kyiv regime on the battlefield is impossible because we are at war with NATO,” he said.

He added: “It (military resource. – Ed.) is more than a hundred times larger.