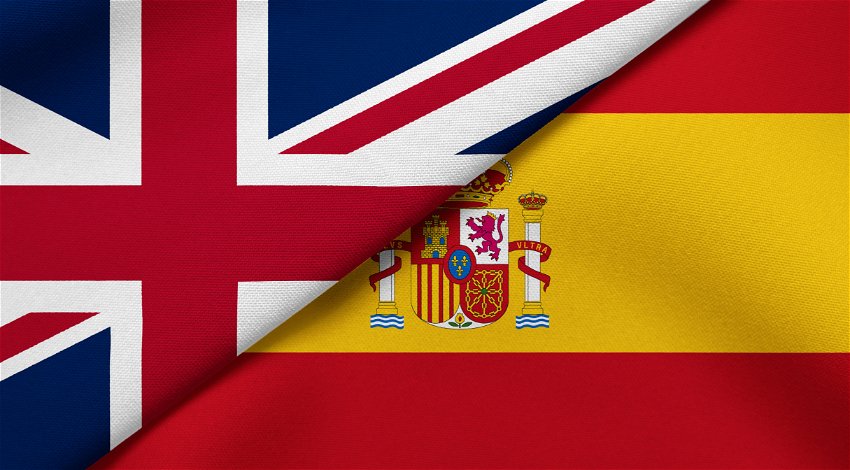 A Spanish Civil War refugee and the Embassy of Spain to the UK send their good wishes to Spaniards and celebrate the close relations between the two countries.

Paco, a Spanish Civil War refugee who arrived in the UK in 1937 sent a video message to congratulate his countrymen:

“Hello, good afternoon, I’m Paco, one of the war children who came with the ship Habana in 1937 to England. There were about 4,000 of us. There are very few of us left. I wanted to congratulate all Spaniards on this 12 October, wish you a good time and good fortune, like I have experienced here. Thank you.”

Paco arrived to the United Kingdom in 1937. Today we feel inspired by him and we celebrate Spain National Day. #DíaDeLaFiestaNacional #12octubre pic.twitter.com/1gUmcmPhbB

The Spanish Ambassador to the UK also sent a video message, referring to 500 years of Spanish and British common history and celebrating the close relations between both nations today.

“Dear British friends, dear countrymen, today we celebrate the national day of Spain. More than 500 years ago, a 12 October, a Spanish expedition reached America, and [navigator] Juan Sebastian Elcano completed a voyage around the world. It was the beginning of our modern global era.

“Spain and the United Kingdom share more than 500 years of common history. We explored the globe and shaped the face of today’s world. And today we have vibrant democracies with universal languages and diverse societies. We are close friends and allies, more than at any other time in our history.

“These past few weeks have been hard, the passing of Queen Elizabeth has left an inmense void. The Spanish people gathered in mourning, with our British friends and we did deeply feel your loss. I would like to convey my wishes for a prosperous reign of King Charles III.

“Europe is facing again the scourge of war. Spain, the United Kingdom and the European Union, are joining forces with the Ukrainians in support of freedom. Our two ministers of foreign affairs reaffirmed our unbreakable commitment to their defence of Ukraine just last Sunday in their meeting at Oxford.

“[In Spanish:] And in this day of the national holiday, I want to send a very affectionate greeting to the Spanish community in the United Kingdom, that another year has demonstrated great effort and successes. You are the great asset of the relations between our two countries. To everyone, I am deeply grateful, and I and my team are committed to give you the public service you need and that you deserve. Happy Día de España and Happy Día de la Hispanidad.”

More than a million of Spaniards and Britons live and work in our countries. Hoy todos celebramos el #DíaDeLaFiestaNacional #12octubre
The Ambassador celebrates what we all share pic.twitter.com/9JQrTmfHxN