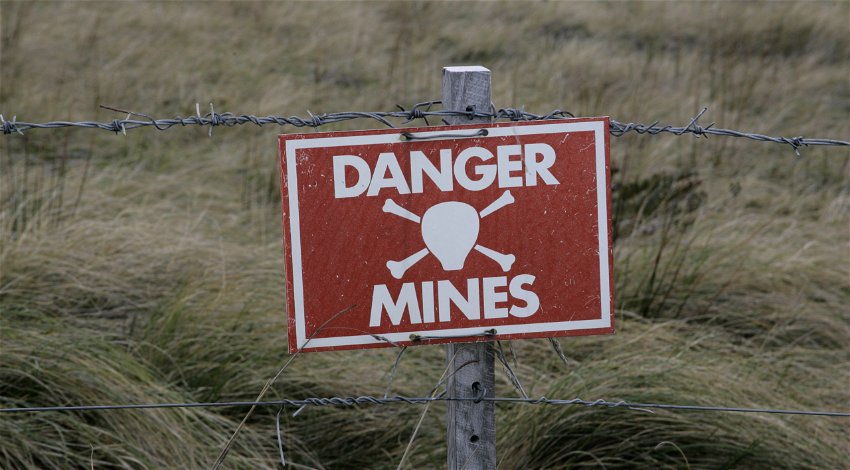 ARMENIA army officer Saribek Yeghoyan has been killed in a landmine explosion, as reported on Thursday, October 13.

Armenia’s Ministry of Defence said that Major Saribek Gurgeni Yeghoyan, a serviceman of the RA Defense Unit N, was killed as a result of a landmine explosion injury on October 12.

“A serviceman of the Armenian Armed Forces Major Saribek Yeghoyan has died after sustaining injuries from a landmine explosion around 6.30 pm, October 12.

A serviceman of the #Armenian #ArmedForces Major Saribek Yeghoyan has died after sustaining injuries from a landmine explosion around 6:30 p.m, October 12.

It has been earlier reported by “the Ministry of Defense of the Republic of Armenia” who wrote that they shared in “the heavy sorrow of the loss and expresses its support to the family members, relatives and comrades of the fallen serviceman.”

Armenia has been locked in a bitter conflict with Azerbaijan, which recently flared up at the end of September, the beginning of October.

In fact, on Saturday, October 1, reports suggested that Armenia may withdraw from the Collective Security Treaty Organisation (CSTO) amid the escalation of the conflict with Azerbaijan.

Speaking to Armenian journalists at the time, President Nikol Pashinyan said that Armenia could withdraw from the CSTO as the conflict with Azerbaijan continues.

“Recently, as a result of contacts with a number of colleagues from the CSTO, I noticed that the CSTO also records that certain public sentiments in Armenia are developing very rapidly,” he said.

He also said that this is “not just a play on words, it has a very serious meaning,” as reported by Censor.NET.

According to Pashinyan, during CSTO discussions on security issues, he received clear assurances that Armenia’s border is a red line for the CSTO.

“When the events in Sotq and Khoznavar took place last year, we naturally appealed to the CSTO and received a very strange answer that the border is not demarcated and delimited. Hence the question arose: in this case, where is this red line?”

The news comes after over 450 Armenian military personnel were killed in Azerbaijani attacks in September.

This led to tensions between Armenia and the CSTO after Armenian officials slammed the Collective Security Treaty Organisation for failure to supply major military assistance and weapons requested on Friday, September 16.