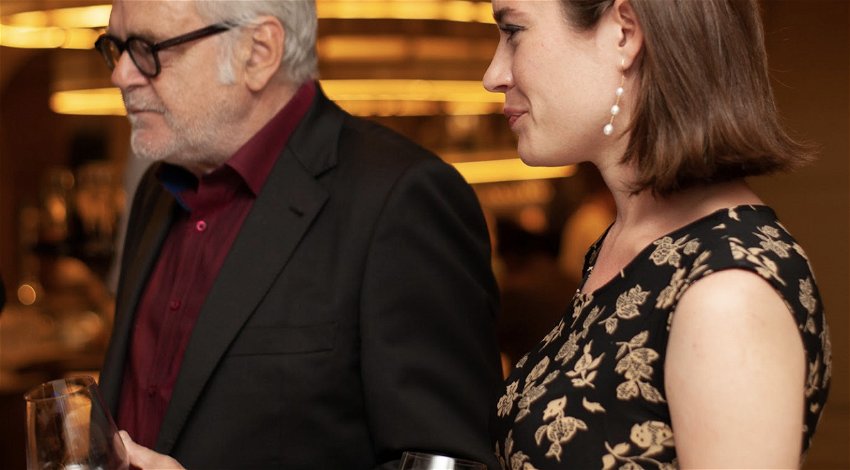 MARBELLA once again found itself at the centre of a week of serious glitz and glamour as hundreds flocked to the city for its seventeenth film festival, with the Euro Weekly News as proud sponsors.

Premieres of nearly 30 must-watch films took place at Red Dog Cinemas in Puerto Banus, Marbella, attracting some of the biggest names in cinema from across the world from October 5 before the festival ended on Sunday, October 9 with a glittering awards ceremony.

Among the festival’s premieres, short film Musketeer stood out as one not to miss, with lead actor, Pirates of the Caribbean star Kevin McNally, scooping Best Actor at the festival’s awards ceremony.

The 13-minute mini epic based 15 years after the last Three Musketeers book is now set to be made into a feature film shot in Marbella, with several other big Hollywood names in the running to appear.

British film Not by the Book, starring Nicole Faraday (Bad Girls) and Martin Trenaman (The Inbetweeners) also attracted major buzz, with Nicole winning Best Actress.  The latest Terry Stone gangster classic, The Last Heist, also held its premiere in Marbella during the festival, with hundreds turning out for its first screening.

Kevin McNally told the Euro Weekly News: “It’s fabulous to be here and to have won. I can’t wait to come to Marbella again.

He added: “The premiere was wonderful, it was great to see Musketeer on the big screen.

“We’re very excited to be shooting in Marbella and it will be a great opportunity for investors.”

Musketeer’s Executive Producer, Steven Barnes, added: “It’s been a genuinely wonderful experience and opportunity to meet like-minded people in the industry and support each other in independent film making.”

Winner Nicole Faraday explained why the festival had meant so much to her saying: “It means the utter world. I’ve never had award for a film before.

“It’s really nice to get the recognition and it’s great to have British cinema celebrated on an international stage.”

Terry Stone, whose second film to premiere at the festival, 25 Years of UK Garage, won Best Documentary, added: “Thank you to the committee. I’m collecting these and I’m definitely coming back next year!”

Actor from Terry Stone’s other film at the festival, The Last Heist, Rohit Nathaniel, explained a little about the film.  He said: “It’s a British gangster film rather like Reservoir Dogs, but with a big twist!

“The film depicts a different side of old school gangster values.  They operate by a code of conduct.

“The raw grittiness and human side really came out in an emotional and heart wrenching way.”

Other winners on the night included Brazilian actor and director Emilio Ruschel for Best Feature with Secrets, Coz Greenop with Best Director for The Last Heist, and Serhii Skobun, director of Yellow Star winning Best Short.

Festival director, Mac Chakaveh, said: “Thank you to our hosts Hard Rock Marbella.  Our other home at the festival has been Red Dog and their team has been working hard to make this a festival.

He added: “A festival isn’t a festival without the talent, filmmakers, thank you to all of you, you are the festival.”