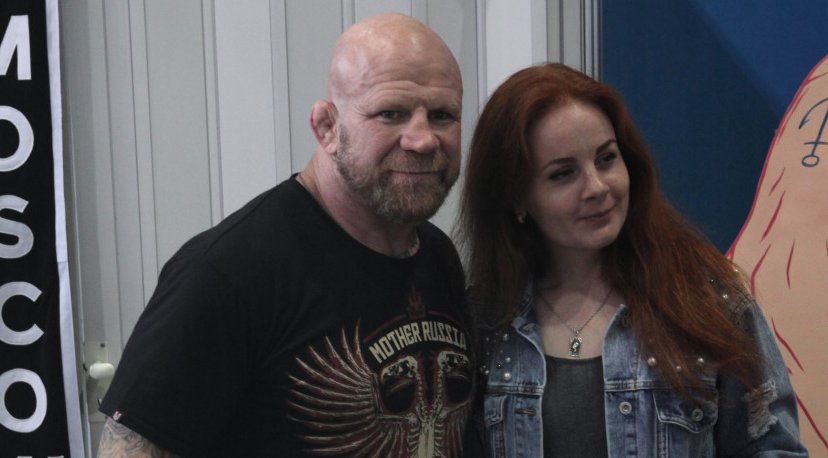 Mixed Martial Arts (MMA) fighter Jeff Monson, who was granted Russian citizenship in 2018 and who recently appeared in public with a new “Z” tattoo on his neck, revealed that he had not received his summons yet.

Speaking about the draft of Russian men to the war in Ukraine, Jeff Monson, the American-Russian MMA fighter, said: “I have not received a summons. I hope this situation in Ukraine can be resolved without a large number of men from Russia being drafted.”

He revealed to Sport-Express (via Gazeta) that he had “just finished filming and editing a documentary with a friend of mine about the people of Donbas. It’s very good.”

Monson has competed in mixed martial arts and Brazilian jiu-jitsu. He is a two-time ADCC Submission Wrestling World Championship winner and Brazilian Jiu-Jitsu World Champion. Monson is a former challenger for the Ultimate Fighting Championship (UFC) heavyweight title. Monson, 51, has 87 fights under his belt in MMA (60 wins, 26 losses, one draw).

Monson had his last fight on August 6 against Vyacheslav Datsik, who won by unanimous decision.

On Friday, September 16, Monson said he was planning to open schools in Russia’s Donetsk People’s Republic, the breakaway state located in Donetsk, Ukraine.

“Monson has also held master classes for schoolchildren in Donetsk.”

On Thursday, September 29, it was revealed that former Russian world boxing champion and State Duma deputy Nikolai Valuev had received a summons as part of Russia’s partial draft into the Russian Army.

Russian Nikolai Valuev, who was World Boxing Association (WBA) world champion from 2005-2007 and in 2009, said at the time: “In my opinion, everyone has received a summons, I also received a summons. Will I go? Of course, I will go to the enlistment office now.”

“My colleagues are good, they were registered for military service in the State Duma and received summons here, but I have to go home. I received the summons right before my trip to Donbas, and I was not at home.”

The 49-year-old added: “Next week I will definitely go and report to the enlistment office..