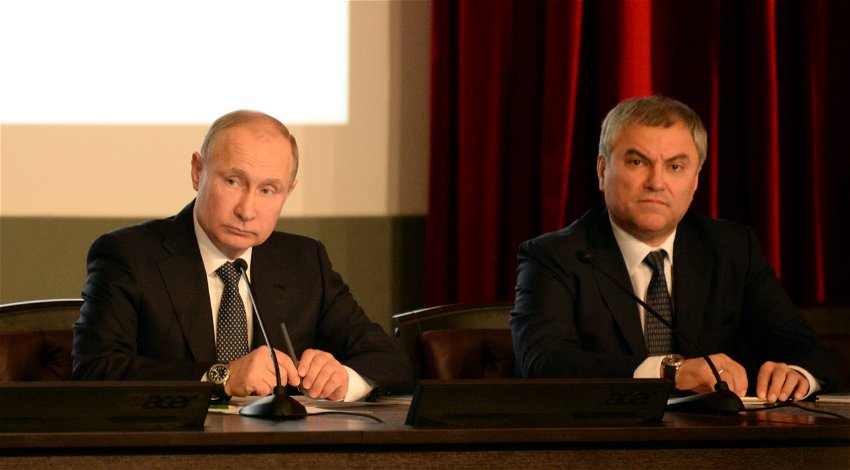 RUSSIA’S State Duma speaker Vyacheslav Volodin promised that if the terrorist attacks by Kyiv continue, Russia will give an even tougher response to them.

Taking to Telegram on Thursday, October 13, Volodin said that Russia will destroy those who resist as he promised the country’s response to Ukraine’s “terrorist attacks” would be tougher.

“Nowhere in the world do we negotiate with terrorists,” he said.

“If terrorist attacks by the Kyiv regime continue, the response will be even tougher.”

He added: “All the organisers and perpetrators of terrorist attacks must be found.

“Those who resist will be destroyed.”

Volodin also published a map of Ukraine, which marked the regions where energy facilities had been hit by the Russian Armed Forces, and noted that Ukraine had lost up to 50 per cent of its generating capacity as a result.

As well as striking energy facilities in Ukraine with missiles, Russian forces have also reportedly been kidnapping employees.

The head of the Zaporizhzhya power plant, Deputy Director General Valeriy Martyniuk, was said to have been kidnapped and held “in an unknown place, probably using their usual methods of torture and intimidation,” according to Energoatom.

“In this way, the Russians are trying to get the information they desperately need about the personal files of Zaporizhzhya NPP employees in order to force Ukrainian personnel to work for Rosatom as soon as possible. The occupiers literally torture ZNPP nuclear workers, not shying away from the most brutal abuse,” a statement on Tuesday, October 11 said.

“We call on the IAEA Director General Rafael Grossi and the entire international community to take all possible measures to immediately release Valeriy Martyniuk from the captivity of the Russian occupiers and return him to his official duties.”

It added: “The arbitrariness of the invaders at Zaporizhzhya NPP must be stopped as soon as possible! To do this, it is necessary to create a nuclear safety zone around ZNPP and return it under full control of Ukraine!”