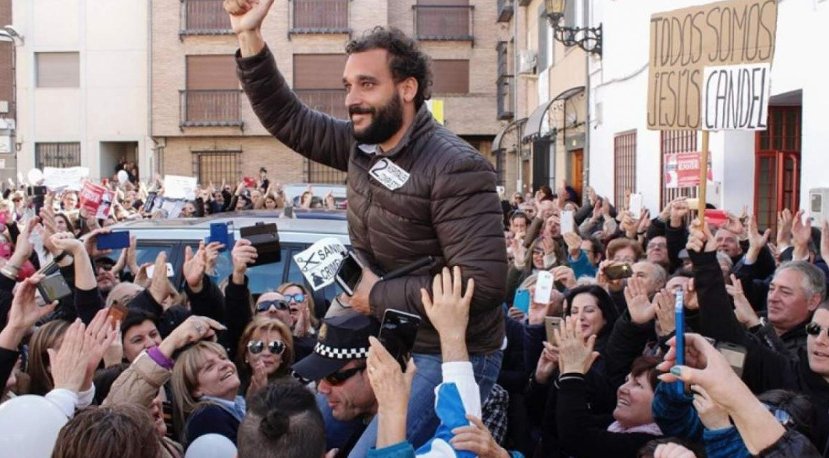 TRIBUTES flooded social media on Friday, October 14 after it was announced that Dr Jesús Candel, known as “Spiriman”, had died of lung cancer aged 46.

According to early reports, Spiriman died on Thursday, October 13 in the Andalucian town of Albolote, in Granada.

Spiriman’s funeral will be held on Saturday, October 15, at 11 am at the funeral parlour in Granada.

Candel, who led the fight against the cuts in Andalucian healthcare, announced in August 2020 that he was suffering from very advanced lung cancer with metastasis, which led him to stay away from public appearances for some time.

Six months later, in February 2021, he announced that he had overcome the disease. However, in June this year, he said he suffered a relapse.

“The lung cancer I have been suffering from for more than a year is very aggressive and attacked me hard with multiple metastases all over my body, which I gradually overcame. Now it has come back with a vengeance and is spreading again,” he said at the time.

“Granada says goodbye to one of the people with the capacity and courage to mobilise an entire city to defend public health. DEP #spiriman”

“Spiriman has passed away, and instead of putting a photo of him I will put a photo of what he achieved in my city on September 15, 2017 (he being from Granada). Since the murder of M. Blanco, not so many people have moved in Algeciras in defense of public health.”

In October 2020, social media giants Twitter suspended the account of the Granada-born doctor over his “controversial” words about cancer.

Twitter silenced and suspended Spiriman’s account after the doctor, who became known a few years ago for his fervent fight against cuts in the health services of Andalusia, and who also suffers from cancer himself, wrote: “He who wants to be cured of cancer is cured and he who does not, dies”.

Jesús Candel continued: “Attitude is the ally of the scientific evidence of very harsh treatments. I repeat: he who wants gets what he wants. It is my way of thinking. He who does not want does not get it.”

The comments made by the Granada-born doctor caused “Spiriman” to trend on the social media platform, however, he suffered a lot of backlash for his comments and his account was suspended.