Gruelling challenge for group of friends from Santopetar and Taberno (Almeria) 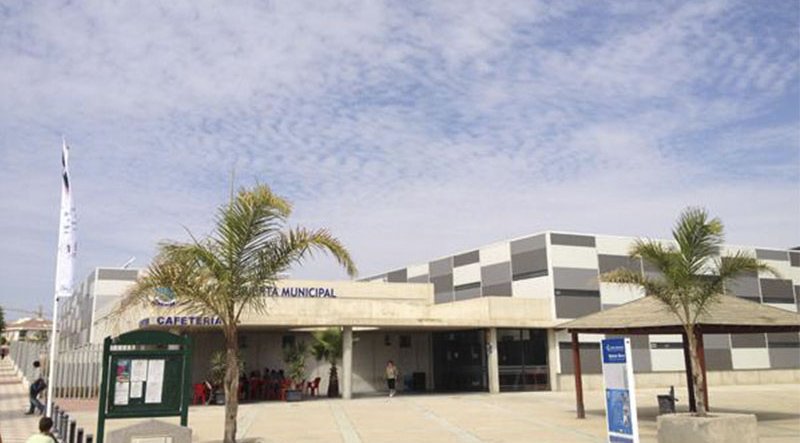 Caption: HUERCAL-OVERA: Triathlon group will be using the pool there for the swimming section Photo credit: huercalovera.es

A GROUP of eight friends aged between 43 and 61 from Santopetar and Taberno are running a triathlon on November 21.

The triathlon’s one-mile (1.6 kilometres) swim, a 20-mile (32.1 kilometres) bike ride and a run of 5 miles, 385 yards (8.4 kilometres) are the equivalent of a marathon and Sarah Streeter intends to complete all three sections.  Her companions will be carrying out separate elements.

“Have you always been a sportswoman?” the Euro Weekly News asked Sarah.

“Not really,” she replied.  “I played netball and tennis but only took up running in my 40s and 50s after I retired.”

The group have accepted the gruelling challenge to raise money for Prostate Cancer UK, the Brain Tumour Charity and the British Heart Foundation in the UK, as well as the Cardiology department at Huercal-Overa hospital.

The charities were chosen for reasons close to their hearts, the Euro Weekly News discovered after talking to Sarah.

A retired consultant Oncologist in the UK, she cared and treated patients with prostate cancer and brain tumours, she told us.

“My father passed away 10 years ago with prostate cancer, having had the disease for over a decade,” Sarah explained.

“We are raising funds for the Brain Tumour Charity in memory of a young patient of mine, Shaun Lafford, who died in his early 30s.”

The eight friends – six are English, one Scottish and one Australian – are also helping the British Heart Foundation by holding the triathlon on what would be the birthday of Sarah’s father-in-law, who died from heart failure nearly five years ago.

“A few of our friends have been treated at the Huercal-Overa’s Cardiology department over the past 12 months, so raising money for them is a ‘thank you’ for all their help and care,” Sarah said.

“We will be collecting donations for the hospital from local businesses, and supporters with collection tins will be outside the municipal sports centre in Huercal-Overa on the day of the triathlon, starting at 9am.”