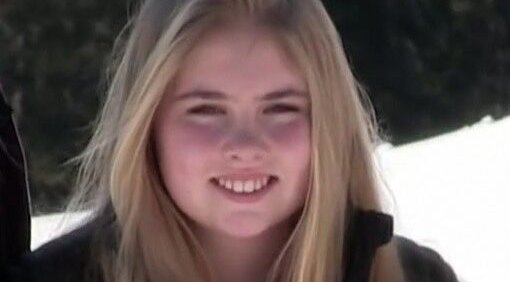 The teenage heir to the Dutch throne has been forced to give up life at university and return back to the palace amid security fears.

According to Queen Maxima on Friday, October 14 Princess Amalia is back home where she is continuing her studies. She said: “Amalia, can’t leave home” and that has “enormous consequences for her life.”

She continued saying: “She no longer lives in Amsterdam and can’t really go out, but she is continuing with her studies.”

The comments from the queen provide insight into the difficult life that the royal family and others across Europe are living, faced by threats from organised criminal gangs. Drug traffickers are said to be behind the security fears with gangs becoming stronger and more brazen.

The Dutch justice minister hosted a meeting of six nations this week after security around Belgium’s Justice Minister, Vincent Van Quickenborne, was stepped up following the arrest of four Dutchmen in the Netherlands on suspicion of a plot to kidnap him.

Home to two of the largest and busiest ports in Europe, Antwerp and Rotterdam, the countries are targeted by drug traffickers.

Amalia, 18, who is studying Politics, Psychology, Law and Economics at Amsterdam University had intended to live with other students in the heart of the city’s historic canal network. Instead, she is still at home in nearby The Hague, her mother said adding that “She doesn’t have a student life.”

“I can’t say anything about threats and security measures. I can assure you that everybody in government who knows about this and is involved is doing their utmost to ensure she is safe,”

Justice Minister Dilan Yeşilgöz-Zegerius has said that steps have been taken to protect the Crown Princess, however, she did say what these were or what specific threats they were reacting to.

With the drug trade still in the hands of criminal gangs and with business booming, threats to people like the heir to the Dutch throne are becoming more common.