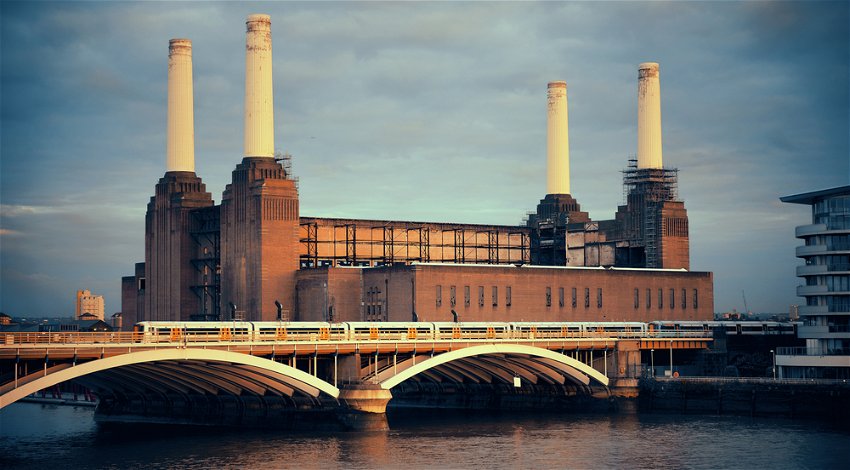 The iconic Battersea Power Station which closed in the seventies has reopened after a £10 billion revamp.

Situated on the banks of the Thames, the new development was formally opened on Friday, October 14 to mixed reviews.

Complete with shops, bars, restaurants and apartments the development becomes the latest attraction to open in London. Once among the largest power stations in Europe, the station became a world icon after featuring on the Pink Floyd album Animals.

Decommissioned in 1983 after more than 50 years, the sprawling site was left to decay for decades. Successive proposals, including one for an indoor theme park, never came to fruition given the massive cost of redevelopment.

A protected site, development of the building was restricted to retain the original façade.

Bought by a consortium of Malaysian investors in 2012, the site has been redeveloped to include a riverside park, an underground railway station, apartments and desirable office space. Among those who will be taking space is Apple whose new London headquarters will be included in the facility.

One of the main attractions will be the glass elevator that will take visitors to the top of the chimney for panoramic views of the London skyline.

According to London Mayor Sadiq Khan the site, which will see some 25,000 people live and work there said the power station, will “breathe new life” into south London.

“This redevelopment of a 20th-century London landmark has already helped to deliver new investment, vital transport links and jobs for local people.”

As always there are detractors, this time critics saying that the development will further exacerbate the inequalities in the city. With little affordable housing on-site and high prices for the remaining apartments, it is likely that few locals will be able to afford units in the development.

They believe that many of the apartments will go to wealthy foreign investors, with the iconic Battersea Power Station about to become the latest “must have” address.