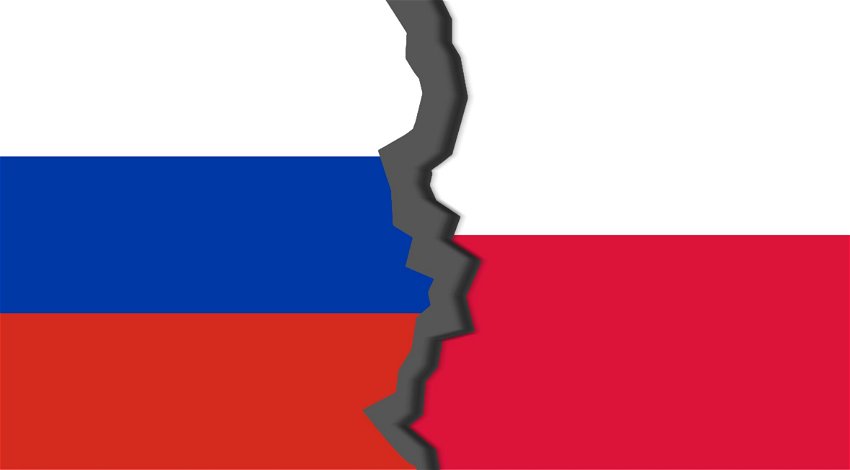 Image of the Polish and Russian flags. Credit: Fly Of Swallow Studio/Shutterstock.com

SPEAKING as a “right of reply” during the “Nuclear Arms” committee discussion in New York on Friday, October 14, Russia’s K.V. Vorontsov said that Poland is “trampling the ashes” of the Nuclear Weapons Treaty.

Stating that Russia has been “forced to respond to the baseless accusations in the context of the Treaty on the Non-Proliferation of Nuclear Weapons and Russian-Belarusian steps in the nuclear sphere”, Vorontsov said that Poland is “trampling the ashes” of the Nuclear Weapons Treaty “that was destroyed with its active participation.”

“The subject of the Treaty on the Non-Proliferation of Nuclear Weapons, lost as a result of the withdrawal of the United States of America, has been discussed many times in this room,” as reported on Saturday, October 15.

“Therefore, we will limit ourselves to stating that in a propaganda binge the Polish delegation is “trampling on the ashes” of a Treaty that was destroyed with its active participation. This is instead of calling for the prevention of an arms race and for predictability and restraint in the missile sphere when the Treaty no longer exists.”

He added: “We have long proposed a recipe for resolving this problem, based on the Russian initiative to counter moratoria with NATO on the deployment of intermediate-range and shorter-range land missiles in Europe.

“However, judging by the US missile programmes, the chances of our initiative being implemented “tend towards zero”. Poland also seems to want to bury it, which is intensively buying more and more advanced missile systems from the US.”

“As to the measures taken by Russia and Belarus to ensure the security of the Union State in the new circumstances, they are a forced reaction to many years of destabilising NATO policy. We are talking about the practice of “joint nuclear missions” contrary to the NPT, relying on US nuclear weapons deployed on the territory of a number of non-nuclear weapon states of the bloc,” he continued.

“We have long exercised restraint. For years we persuaded Washington to return all nuclear weapons to national territory and stop engaging non-nuclear-weapon states in testing their use. All of this has been rejected. Moreover, calls for a possible expansion of NATO’s nuclear infrastructure to the east are growing louder and louder.”

He added: “Poland, in particular, has for several years declared its aspiration to join fully-fledged “joint nuclear missions”. Warsaw’s activity in this direction has recently increased sharply. This was certainly taken into account by Russia and Belarus when considering the issue of countermeasures.

“The practical implementation of the announced measures is in strict conformity with Russia’s and Belarus’ obligations under the NPT. At this stage, it is a question only of handing over to the Republic of Belarus the Iskander-M dual-purpose systems with missiles in conventional configuration and giving some of the Belarusian Su-25 aeroplanes the technical capability to carry nuclear weapons.

“At the same time, there are no plans to transfer to Belarus the technology to convert the planes into nuclear weapons carriers.

“Belarusian servicemen will be trained at Russian training centres under programmes that exclude the operation of nuclear warheads,” he said.

“We will keep further steps in line with the actions of NATO countries. In particular, we are carefully monitoring developments following the recent statement of the Polish leadership on officially addressing the United States on the deployment of American nuclear weapons on Polish territory. The extremely destabilising nature of such a step is obvious.”

“In the event of a significant deterioration of the military and political situation in the region and an increase in nuclear threats we reserve the right to take additional measures to ensure the security of Russia,” he concluded.