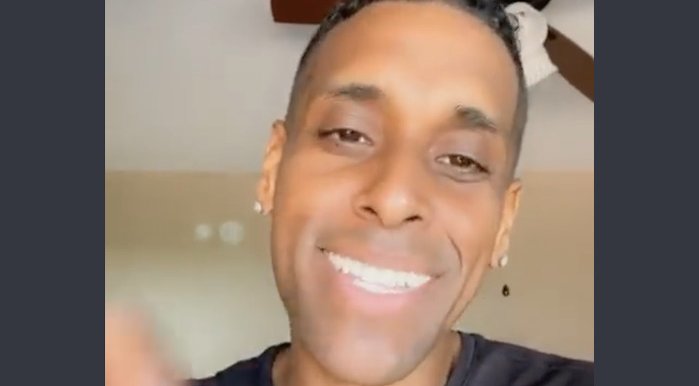 “12:10 AM, Sunday 16 October 2022. Michael Benjamin died of cardiac arrest immediately after his performance at the Carimi concert at the Accor Arena, Paris. Mika was one of the most talented artists of his generation.”

The last tweet from Benjamin, who went by the stage name MikaBen, was wishing his fellow performers good luck before they went onstage in Paris late on Saturday, October 15.

“Good luck to my big brothers for tonight! Thank you for paving the way for us who follow you! We love you! Haiti loves you very much! May love and light accompany you during the concert where thousands of fans will be in perfect harmony with you,” he wrote.

The singer had a music career that spanned more than 20 years after rising to fame in Haiti.

He gained prominence abroad with his track “Ou Pati” and collaborated with top industry stars.

“This is somebody I was working with for years and considered a brother, a good friend. We talked almost everyday. We have a chat together.” Martino told the Herald that he and Mikaben spoke right before he took the stage in Paris.

“He was so happy. He couldn’t wait to get on that stage with Carimi. It was one of his biggest accomplishments in life. It’s a band that he idolised. I’m at a lost for words. I’m broken.”

He added: “Mika was one of the most talented artists that I had ever met in my life.

“One of the most humble guys; you never heard him being mad or cursing at anybody. It’s just sad; unbelievable.”

“Michael Benjamin says: Mikaben. He was not only a singer, but a patriot at heart who always makes the national pride shine all over the world. Bliyew pap janm yon opsyon… #RIPMikaben.”

“Sad 😭😭Sincere condolences to the family and loved ones of artist Michael BENJAMIN. He collapsed on stage. Thank you so much for everything you were able to do to give happiness to your fans. You wanted HAITI to calm down and develop. Farewell artist @afpfr.”

“Just finding out about Michael Benjamin 💔😢 My God, his wife, 2 kids and unborn child 🙏🏾❤️”

Just finding out about Michael Benjamin 💔😢
My God, his wife, 2 kids and unborn child 🙏🏾❤️

Back in May, Krishnakumar Kunnath, better known as KK to his fans, died of a heart attack at 53 following a show in Kolkata.

KK was performing a concert at Nazrul Manch on Tuesday, May 31 when he suddenly felt unwell and after being escorted off-stage, he was rushed to the hospital where he died of a heart attack.

Tokollo ‘Magesh’, a member of South African kwaito music group TKZee, is said to have passed away in his sleep.

TKZee, which was formed in the 1990s by three school friends, shot to prominence in late 1997 and early 1998 with their chart-topping singles “Phalafala” and “Shibobo” and his loss was widely mourned.