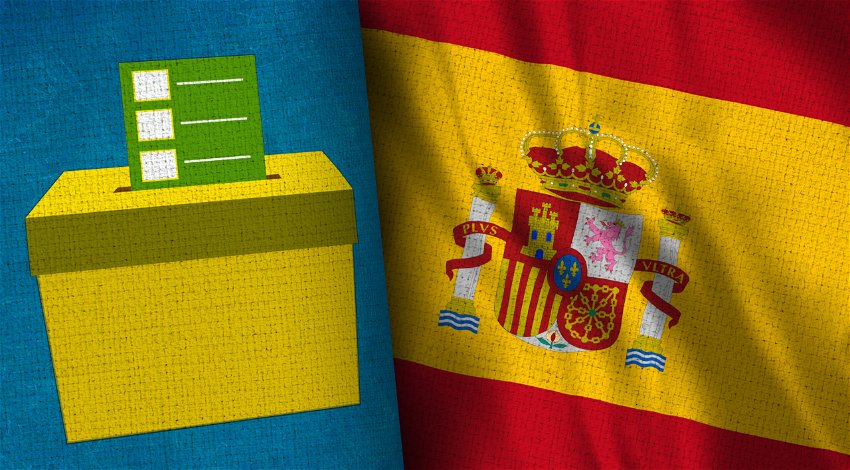 RESIDENTS of EU members and nationals from a country who have signed a reciprocal agreement with Spain have the right to vote in the local elections – meaning British residents are now able to vote in Spanish local elections.

As announced on Monday, October 17 by the Adeje Town Hall in Spain’s Tenerife, on May 28, 2023, there will be local elections in Spain in which British residents will have the right to vote in.

“To create an electoral census of foreign residents in Spain (CERE), the Census Electoral Office (OCE) has sent the following information to the country’s Town Halls,” it wrote in a statement.

EU nationals resident in Spain who meet all the standard requirements, as are required of Spanish voters, have the right to vote in local elections once they have officially registered their desire to exercise that vote.

According to a resolution passed by the Census Office on 7/09/2010 the following applied to EU residents wishing to register to vote
Formal declarations of the intention to vote can be made online, by post or in person at the Town Hall.

To make the process easier, the OCE will, at the end of October, be sending out letters to EU residents with their registered data on the padrón. This letter will only be sent to those residents who have not formally registered to vote in previous municipal elections.  The letter will include a numerical key which you can use online (CTT) to register your intention to vote without needing to use the [email protected] system.

If you receive one of these letters you can sign up to the electoral census online or by post using the reply letter and pre-paid envelope included.

Declaring formally your wish to vote in Spain is seen as a permanent declaration for as long as you are living in Spain, unless you have formally declared otherwise.

To ensure that you are registered in time to vote in the municipal elections in May 2023 you must make that formal declaration and sign on the electoral census before the afternoon of January 30th 2023.

Any declarations made after January 30th 2023 including requests to change information on the electoral census won’t come into effect in time for the May 2023 elections.

Nationals from countries with reciprocal arrangements for voting in municipal elections

Those residents in Spain from countries with reciprocal arrangements with Spain giving their citizens the right to vote in municipal elections and who meet the agreed requirements and the conditions to vote may register on the electoral census for the May 2023 municipal elections.

Nationals from countries that had an agreement in force during the period when census registration was permitted may also register.

How to register and conditions

The requirements for registration are:

• You must have authorised resident status in Spain

How to request registration

For those who wish to register on the census, either online, by post, or in person at the Town Hall:

To ease the process of registration, towards the end of November 2022 the OCE will be in contact with foreign residents in Spain, nationals from countries with a reciprocal voting arrangement with Spain who meet the conditions as laid down, with their data as it is registered in the official foreign resident central register and the town hall padrón lists, detailed in the INE. This letter will include a code (CTT) with which the recipient can register to vote online.

The CERN.N application will be available before 1/12/2022 so you can download in IDA_CELEC (the electoral data portal).

Registration requests can be made between December 1st 2022 and January 15th 2023.

Registration requests made outside this time frame, including petitions to change registered data on the electoral census, will not be considered.