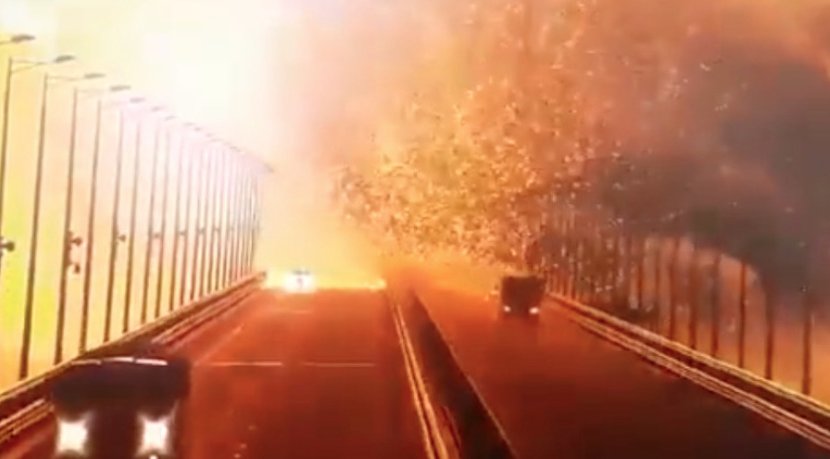 ACCORDING to British military intelligence, Russian logistical issues are becoming more common after the Crimean Bridge leading from Russia to Crimea was blown up a little over a week ago on Saturday, October 8.

“Repair efforts are ongoing, and it is open to some traffic.”

It added: “However, a large queue of waiting cargo trucks remains backed up near the crossing.

“Russian forces operating in southern Ukraine are likely increasing logistical supply flow via Mariupol in an attempt to compensate for the reduced capacity of the Kerch Bridge.

“With the Russian presence in Kherson strained, and the supply routes through Crimea degraded, the ground line of communication through Zaporizhzhia Oblast is becoming more important to the sustainability of Russia’s occupation.”

“The city of Melitopol is a junction of supply routes and hosts a major Russian aviation presence,” it concluded.

“The organiser of the terrorist attack on the Crimean bridge was the Ukrainian Defence Ministry’s Main Directorate of Intelligence, its head Kyrylo Budanov, employees and agents, in addition, five Russian nationals, three Ukrainian nationals and an Armenian have been detained,” the Federal Security Service’s Centre for Combating Terrorism said.

On Thursday, October 13, Armenia’s National Security announced that they were looking into the “terrorist attack” on the Crimean Bridge.