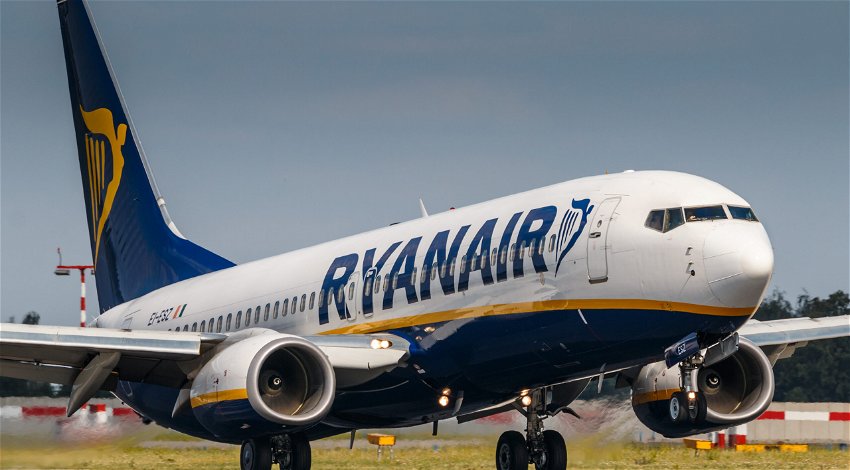 A MAN has been given a “substantial fine” after drunkenly hurling abuse at Ryanair staff who refused to sell him alcohol.

Mark Warne, 47, from New Milton, Hampshire, got drunk in Barcelona airport before boarding the flight back to Dorset after a week away with friends.

A court heard that he left one air hostess in tears after launching into an aggressive rant before squaring up to an air hostess and telling her to “f**k off”.

Warne, a demolition machine operator, hurled insults at staff for the duration of the flight, telling them to “go f**k themselves” and that they were “f**k ing nothing”, the Mirror reports.

The pilot notified air traffic control via radio, and the police were called to Bournemouth Airport, where they boarded the plane and put Warne in handcuffs before walking him off in front of the other passengers.

Warne pleaded guilty to one count of behaving in a threatening, abusive, insulting, or disorderly manner when he appeared at magistrates in Poole.

Prosecuting, Nicola Reece told the court: “On September 19, police were called by air traffic control after receiving reports of a disruptive and abusive character.

“The flight had come from Barcelona. It was explained that when the defendant boarded he had clearly been drinking.”

She continued: “They (cabin crew) refused to serve him any alcohol. He was not happy about that. He repeatedly told them to f k off. He told them to go f k themselves and said ‘you are f* ing nothing’.

“At one point he got up close to one of the aircrew. His behaviour left one of the stewardesses in tears.”

Warne’s defence lawyer mitigated that it was Warne’s “fear of flying” that led to him drinking excessively at the airport, and that it was “out of character”.