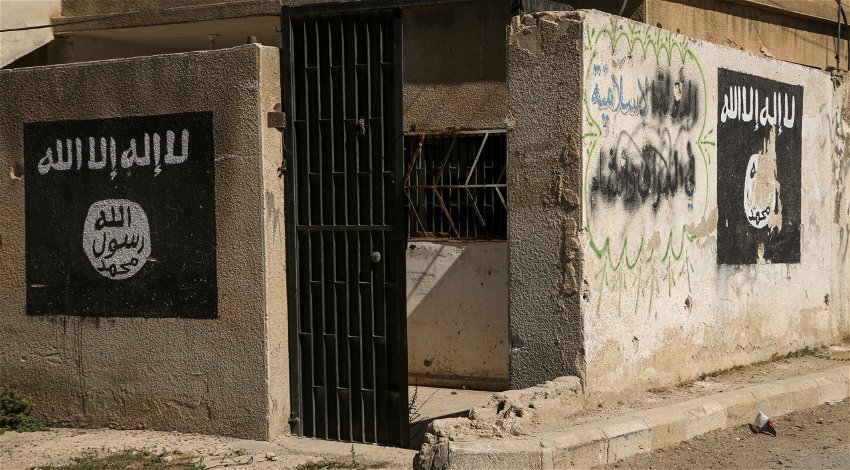 A 37-YEAR-OLD Canadian national and former resident of San Diego in the US was sentenced for funding ISIS terrorist activities in Syria, as reported late on Monday, October 17.

Abdullahi Ahmed Abdullahi, a Canadian national and former resident of San Diego in the US, was sentenced in federal court on October 17 to 20 years in prison for conspiring with others to provide material support to terrorists engaged in violent activities such as murder, kidnapping and maiming of persons in Syria,” according to the United States Attorney’s Office of the Southern District of California.

“Today we have delivered justice to a man who directly funded violent acts of terrorism,” said U.S. Attorney Randy Grossman. “Our most important job is protecting Americans from terrorists. The case against Abdullahi has done just that.”

“Abdullahi committed violent, unlawful acts to obtain money, then used that money to support the murder, torture, and extreme violence that ISIS represents. The FBI will continue to investigate all who support terrorist organisations, whether it be financially or through other means.”

According to the government’s sentencing memorandum and Abdullahi’s plea agreement, Abdullahi provided both money and personnel to support the violent jihadist activities of the Islamic State of Iraq and Syria (ISIS), a foreign terrorist organisation.

From November 2013 through March 2014, Abdullahi encouraged, aided and financially assisted six North American nationals in travelling to Syria where they joined the Islamic State of Iraq and Syria (ISIS) and engaged in armed battles to gain control of the territories and civilian populations within Syria.

On September 15, 2017, pursuant to an extradition request by the United States, Canadian authorities arrested Abdullahi. Abdullahi was detained in Canadian custody without bail, pending extradition.

On October 24, 2019, Canada extradited Abdullahi to San Diego to face the material support charges in the indictment and pleaded guilty to all charges on December 17, 2021.

Abdullah admitted that following the departure of those foreign fighters, he also caused money to be wired to third-party ISIS intermediaries in Gaziantep, Turkey (located approximately 40 miles from the Syrian border) for the purpose of continuing to support his coconspirators in violent jihadist activities on the battlefield. All six individuals were subsequently reportedly killed fighting for ISIS.

Abdullahi also admitted that in order to finance the travel of others to Syria, members of the conspiracy encouraged Abdullahi and others to steal and commit fraud against the “kuffar” (a pejorative term used to describe non-Muslims), claiming that such criminal activity was permissible under Islamic law.

Abdullahi admitted that in order to raise funds to support the violent terrorist activities in Syria, he personally committed a violent crime – the January 9, 2014, armed robbery of an Edmonton, Canada, jewellery store.

Within weeks after committing that robbery, Abdullahi wired monies to San Diego, totalling approximately $3,100, for the purpose of financing the travel of Douglas and the 18-year-old Minneapolis cousin who travelled to Syria to join and fight for ISIS.

Douglas, a former San Diego resident, is the first known American to die fighting for ISIS. He departed from San Diego in March 2014, and on or about August 25, 2014, he was reportedly killed fighting for ISIS against Free Syrian Army forces.

Douglas’ brother, Marchello McCain, was previously convicted in San Diego federal court and sentenced to 10 years in custody for illegal possession of a cache of firearms and providing false statements to FBI agents regarding his knowledge of the conspiracy, including the involvement of Abdullahi.

During the course of the conspiracy, Abdullahi and his coconspirators created and used email accounts so that foreign fighters, facilitators and recruits could communicate and avoid law enforcement detection.

Abdullahi and his coconspirators used these draft emails to recruit others to travel to Syria and join ISIS, coordinate their travel from North America to Syria, communicate regarding the financial and other resource needs of the ISIS foreign fighters, and relay information regarding ISIS’ armed efforts to establish a Caliphate in Syria.

Originally from the UK, Matthew is based on the Costa Blanca and is a web reporter for The Euro Weekly News covering international and Spanish national news. Got a news story you want to share? Then get in touch at [email protected]ynews.com.