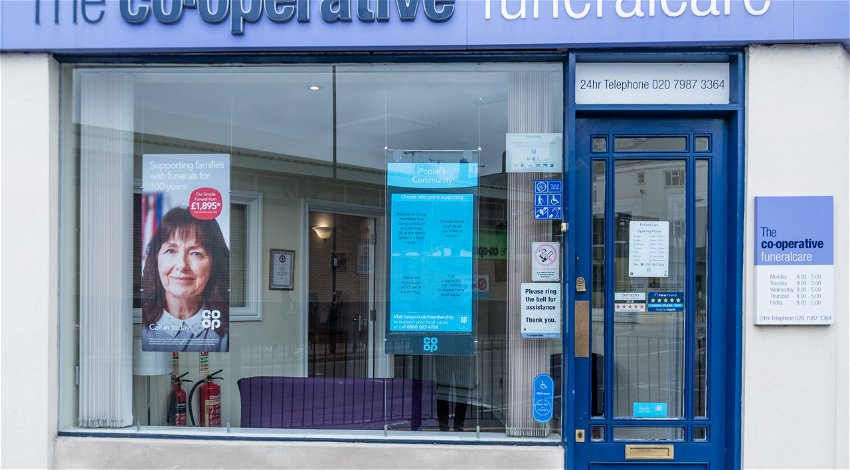 Coffinmakers at the UK's only Co-op factory to go on strike in pay dispute. Credit: Silvi Photo/Shutterstock.com

COFFINMAKERS at the UK’s only Co-op factory are to go on strike in a dispute over pay.

Staff at the Co-op Funeralcare factory in Glasgow have rejected a pay offer, which they say is a “real-terms cut”.

Around 50 craft workers, who manufacture coffins at the Shieldhall company, will walk out on October 31 and will stay on strike for up to seven days unless there is a resolution, according to the Glasgow Times.

Unite union has said in a statement that it has rejected an offer from Co-op, which it says is “less than half” of the latest estimate of inflation, according to the retail price index (RPI), at 12.3 per cent.

It added that while the firm made a profit of £12m in 2021, it refused to make an acceptable offer to its workers as the cost of living rises.

Sharon Graham, Unite general secretary, said: “The Co-op trades on being different to bad employers; it should not be proposing a real-terms pay cut for their Funeralcare workers, especially when they can well afford to pay fairly.

“We will fully support our Co-op members in their fight for better jobs, pay, and conditions.”

The factory plans to “completely halt production” during the strike, which was voted for by 96 per cent of members on a turnout of 86 per cent.

The Co-op says the strike will have “no impact” on its ability to support bereaved families.

A spokesperson said: “Our colleagues at our Glasgow coffin factory are a hugely valued part of our Co-op and following ongoing discussions with Unite we are disappointed that we have not been able to reach an agreement about pay.

“In spite of the difficult trading environment, we have offered all of our colleagues at the coffin factory a fair pay increase.

“We are confident that the combined base pay and production bonus for roles within the coffin factory remain highly competitive.”