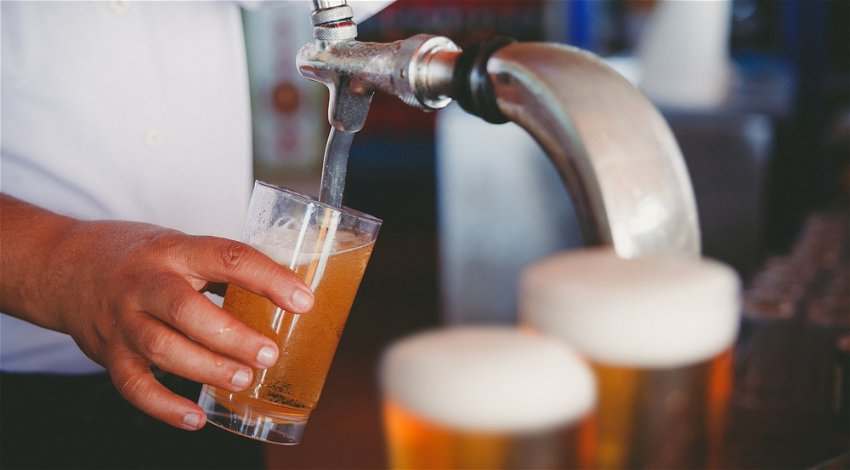 Draft beer could soon be off the menu in the UK as delivery drivers prepare to strike over pay and job cuts.

A report by ITV on Tuesday, October 18 said that drivers at GXO Logistics are readying themselves to down tools between October 31 and November 4.

The five-day strike will affect a large part of the beer business, with the company accounting for around 40 per cent of all beer deliveries. Some 1,000 drivers are involved in delivering beer to pubs and clubs, which means draft beer could be off the menu for some.

A five per cent pay offer was rejected by union Unite on the basis that it is well below inflation and also involves a demand for a reduction in sick pay.

Unite General Secretary Sharon Graham said: “Once again, a company that is making hundreds of millions in profits is asking workers to take a pay cut. And GXO goes even further. They want to cut sick pay too. This is a shocking way to treat your workforce.

“GXO can easily afford to pay fairly and Unite is determined to see that they do. Our members have the union’s absolute support in taking strike action for a fair pay rise.”

Draft beer supplies from major breweries such as Heineken, Stonegate, Admiral Taverns and Shepherd Neame will be affected, however, deliveries to supermarkets and other outlets are thought to be unaffected.

Unite National Officer for Food, Drink and Agriculture, Joe Clarke, said: “GXO has left our members with no choice. This is a company making millions upon millions but asking its workers to take a pay cut during a cost-of-living crisis.

“Any disruption to the UK’s beer supplies is entirely the result of GXO’s greed. It must return to the negotiating table with an offer our members can accept.”

The timing of the strike, just before the start of the world cup could be bad news for many pubs that are already struggling with falling sales and higher costs. The loss of draft beer, which is not as easy to store, could as a result be off the menu until drivers return to work.