Are you a mosquito magnet, new research suggests you could be 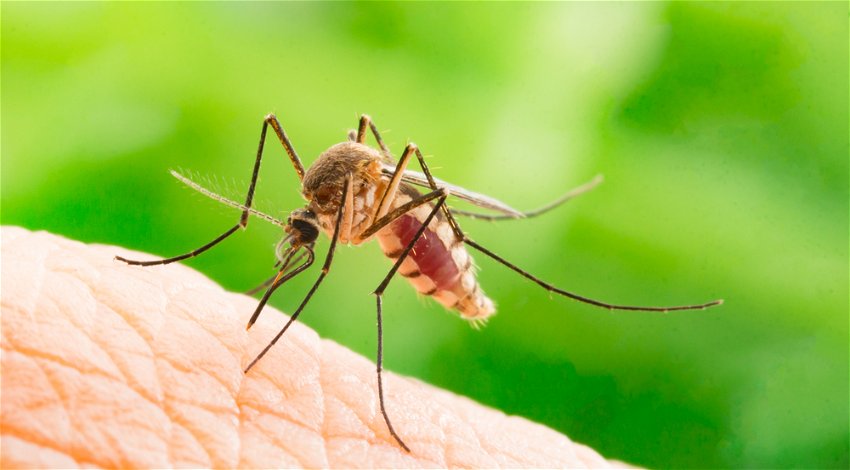 Ever thought you were a mosquito magnet? Well, a new scientific study suggests you might be after it finds that some people attract mosquitos more than others.

The research report released by Rockfeller University in New York on Wednesday, October 19 found that it probably has a lot to do with the way you smell.

According to Neurologist and Lead Author Leslie Vosshall, people who most attract the pesky little insects produce a lot of those chemicals that are tied to smell.

She said: “If you have high levels of this stuff on your skin, you’re going to be the one at the picnic getting all the bites.”

What’s more, they found that mosquitos do have their favourites, those people that they will go back to time and time again if given the opportunity.

To understand who mosquitos choose to bite and to try and understand much of the folklore around the insect, the team designed an experiment to pit people’s scents against each other.

Details of the experiment were published in the journal, the Cell. Volunteers from the university were asked to wear nylon stockings around their forearms, a common place for bites.

Once they had picked up the individual’s smell they were placed in separate traps at the end of a long tube, then dozens of mosquitos were released.

Researchers found that the mosquitos immediately went to the most attractive subjects, their preference becoming obvious right away.

The exercise was repeated again and again with the biggest mosquito magnet found to be 100 times more attractive than the least attractive. The experiment was also replicated with mosquitoes whose genes were edited to damage their sense of smell, yet they still flocked to the same mosquito magnets.

The experiment made use of the most dangerous of the mosquitos, the Aedes aegypti which is known to spread diseases like yellow fever, Zika and dengue.

Researchers say they do think the results would be replicated with any of the 3,600 species in the world. They added that more research would be needed.

Matt DeGennaro, a Neurogeneticist at Florida International University said that in their research which had been completed over a number of years that they had found that the preferences and difference do remain

Vosshall said they found acidic cells on the skin to be a common factor. These “greasy molecules” are part of the skin’s natural moisturizing layer, and people produce them in different amounts.

Healthy bacteria on the skin produce part of our body odour by consuming these acids, but you cannot get rid of these acids without damaging your skin health too.

Jeff Riffell, a Neurobiologist at the University of Washington who was not involved with the study said that there may be ways to tinker with skin bacteria and change humans’ tantalizing smells.

This research could help find new methods to repel mosquitoes, but figuring out ways to fight off mosquitoes isn’t easy – they have evolved to be “lean, mean-biting machines”. Furthermore, they are resilient and have many backup plans to enable them to find and bite people.

So there you have it, you could indeed be a mosquito magnet.