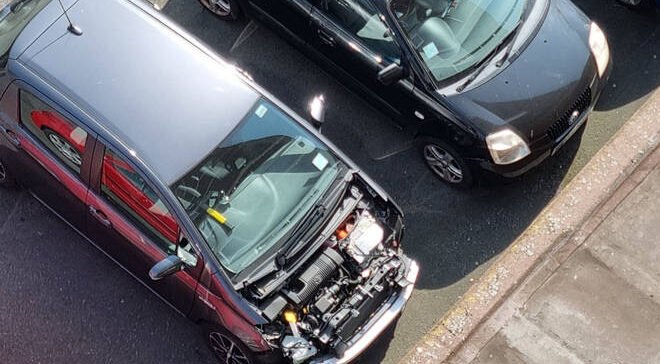 “Car cannibalism” is the latest crime wave to hit England’s streets with parked cars being stripped of components overnight.

According to a report by broadcaster LBC, cars are being broken into and then stripped of body and engine parts, with Yorkshire and the Midlands said to be worst hit.

Most commonly broken into and stripped are Vauxhall Corsas and Toyota Yaris’ according to information obtained by the broadcaster.

Police say the theft is spreading with cases now being reported north of the border, with one such person Victoria Greenwood, from Livingston, telling LBC she’d left her car in a train station car park before heading to Glasgow for a night out.

When she returned she found that her and the car alongside hers had been targeted, although at first she thought someone had driven into it.

She said: “I think to start with we thought it had been bashed like the whole front end had been caved in but as we got closer we realised there was actually nothing there.

“It was strange, there was glass all over the floor, nuts and bolts lying around and the holders that hold the bonnet up were both sticking up, where they’d lifted the bonnet off. It just looked so weird.

“My partner has had Corsas for years and has been on Corsa forums and things and chatted to other people and it was something he’d never heard of. We were completely oblivious to this going on.”

Although a dedicated police unit has been set up there have been no arrests or charges so far. That failure has led many to believe that the practice is spreading because of police inaction.

According to a spokesperson for the National Police Chiefs Council: “The force is aware of the incidents in the West Midlands and Scotland.

“But it isn’t something we’re seeing as a significant emerging trend on a national level at this stage but we are monitoring the situation closely.”

The police have asked for anyone with any information about car cannibalism to come forward. In particular, they are keen for anyone offered car parts to contact them.