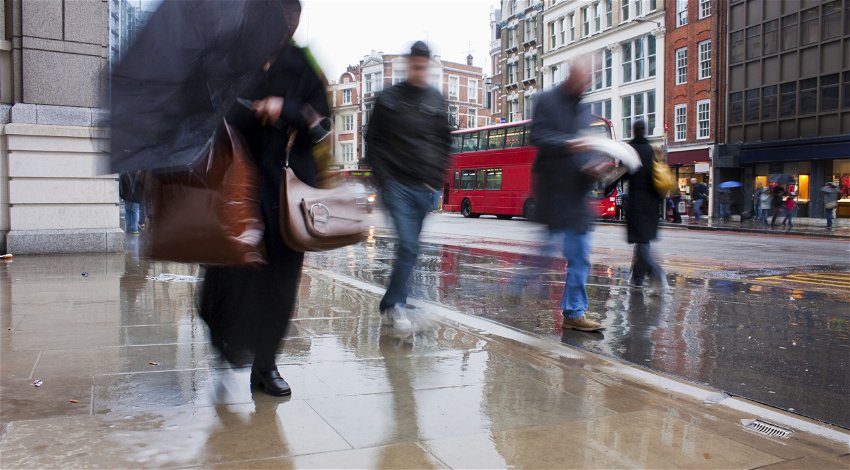 THE freak October heatwave is about to get uglier as heavy rain and thunderstorms threaten to batter parts of the UK.

The collision of two competing weather fronts is said to be the blame, as the unseasonable balmy weather brought by the African plume clashes with a low-pressure mix of wind and rain.

Some areas have already been given a taste of what is yet to come, with isolated showers hitting some areas of Scotland, Wales, and the north of England.

Despite the gloomy outlook, temperatures are still set to be unseasonably high for this time of year with some places expected to hit around 20C thanks to a hot blast from the Mediterranean.

Met Office forecaster Alex Deakin told the Mirror: “Looking at the bigger picture, high pressure is to the north, low pressure to the southwest. And this week is going to be a bit of a scrap between these two weather systems. Eventually, the low will win out.

“As the low squeezes up against the high, the isobars push together, suggesting at times it’s going to be quite blustery”.

The Met Office reported recently that October temperatures in Central England are 1.5C warmer than in previous years.

A Met Office forecaster said: “Sunday has sunny spells for many, with Monday dry with sunny spells in the South as rain clears the North.

“Tuesday is mostly fine in the North, with high pressure from Wednesday bringing generally settled conditions, although with some bands of rain spreading.

“The South and West are likely to be mild during the period to October 28, with sunny spells between showery periods.”