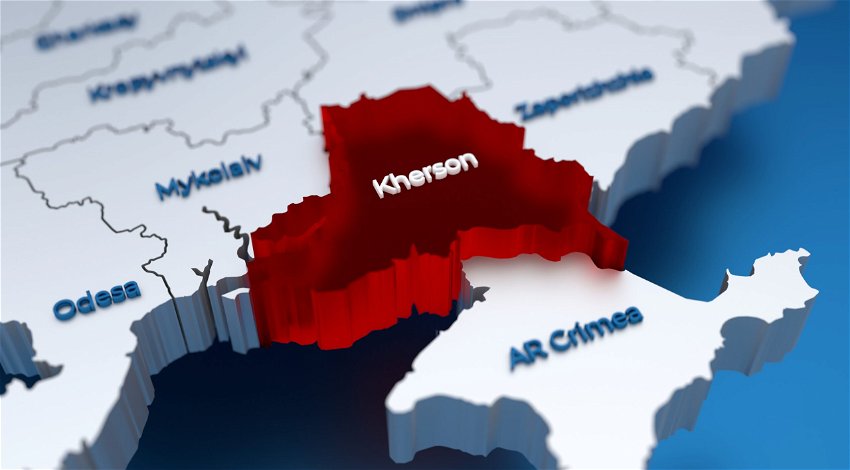 Kirill Stremoslov, deputy head of the Russian regional administration, said that Ukrainian troops have begun their offensive in Kherson as mass evacuation continues.

UPDATE 1 pm (October 19) – The Kherson deputy said that the armed forces of Ukraine have gone on the offensive near Kherson following news of a mass evacuation in the city.

Stremoslov said that the Armed Forces of Ukraine carried out artillery preparation and are now on the offensive in the direction of Novaya Kamenka – Berislav (this is a village and a city near Kherson).

Stremousov claims that “at this stage, all attacks have been repelled,” and the Russian Armed Forces are holding the line of defence.

Meanwhile, civilians are being evacuated in the Kherson region, and residents are asked to move to the left bank for safety reasons. In addition, civilians will not be allowed to enter the region for the next seven days.

The forced deportations of Ukrainian civilians from Kherson by the Russian occupation forces has started.

The Russians say they will “evacuate” 60 000 Ukrainians within 7 days.

All they should do is to evacuate their own army back to Russia. pic.twitter.com/VVs94qe9mo

ORIGINAL 11.22 am (October 19) – Early reports coming out of Russian-occupied Kherson in Ukraine suggest that Ukrainian troops are ready to launch an offensive as tens of thousands of civilians have been evacuated.

The acting governor of Kherson Region, Volodymyr Saldo, has said that no one plans to surrender Kherson to the Armed Forces of Ukraine despite 50-60,000 people already evacuated as Ukrainian troops get ready to storm the city.

Speaking to the Rossiya 24 TV channel, Saldo said: “No one will give up Kherson, the military knows what to do. They will stand their ground to the death.

“The city will be held completely.”

He added: “We want as few people as possible to suffer because of the hostilities.”

The acting governor of Kherson Region, Kyrylo Stremousov, said that an attack by the AFU on Kherson might start in the near future but stated that the regional authorities were planning to relocate about 50-60,000 people to the left bank of the Dnieper river and other areas.

“This is necessary to streamline the evacuation process.”

He added that “only employees of supplying companies will be able to enter the region with passes from the commandant’s office.”

As far back as October 13, the Russian government had been looking at evacuating residents of the Kherson region to other regions of the country.

Vladimir Saldo, a former mayor of the port city reinstalled by Russia, said at the time: “I want to ask you [the Russian leadership] for help in organising such work. We, residents of the Kherson region, certainly know that Russia does not abandon its own, and Russia always lends a shoulder where it is difficult.”