London underground workers to strike for three days in November 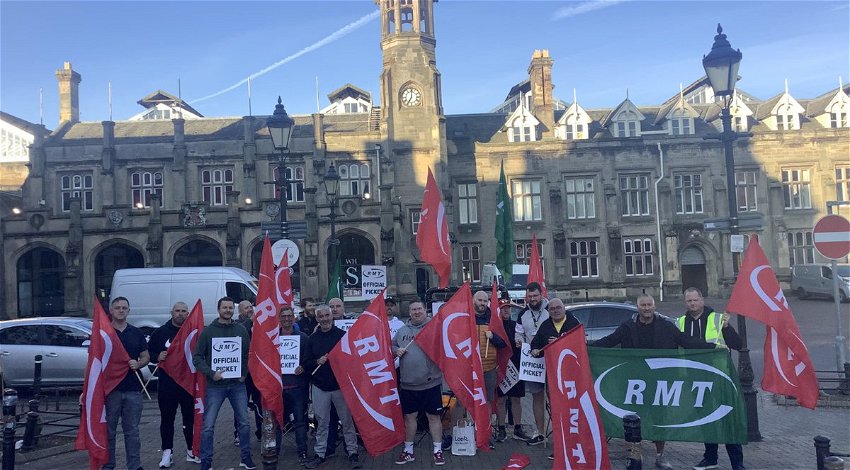 London Underground workers are set for another strike in November after RMT general secretary Mick Lynch accused Network Rail of ‘dishonesty’ in negotiations.

RMT announced on Wednesday, October 19 that further walkouts will take place on November 3, 5 and 7, and on London Underground and Overground on November 3.

Making the announcement the union said there was an agreement whereby Network Rail would commit to working towards a negotiated settlement, including making an improved pay offer.

However, RMT claims that Network Rail bosses reneged on their promises. Instead, they said, they have sought to impose job cuts, more unsocial hours and detrimental changes to rosters.

RMT General Secretary Mick Lynch told My London News: “The dishonesty of Network Rail bosses has reached a new low in this national rail dispute.
“On the one hand, they were telling our negotiators that they were prepared to do a deal while planning to torpedo negotiations by imposing unacceptable changes to our member’s terms and conditions.

Our members are livid with these duplicitous tactics, and they will now respond in kind with sustained strike action.”

Network Rail’s Chief Negotiator Tim Shoveller disputes the claims saying: “A two-year 8 per cent deal, with discounted travel and a new extended job guarantee to January 2025, is on the table ready to be put to our staff.

“Unfortunately, the leadership of the RMT seem intent on more damaging strikes rather than giving their members a vote on our offer. Me and my team remain available for serious talks and continue to negotiate in good faith.

“Our sector has a £2 billion hole in its budget with many fewer passengers using our services. That reality is not going to change anytime soon and a fair and affordable and improved deal is on the table, ready to be implemented if our people were only offered the opportunity.”

Referring to the news of more strikes a Department for Transport spokesperson said: “This is incredibly disappointing. Through no fault of their own, millions of people will once again have their day-to-day lives disrupted and be unable to attend work, school or vital doctor’s appointments.

“Our railway is in desperate need of modernisation but all more strikes will do is take it back to the dark ages and push passengers further away. We urge union bosses to reconsider this divisive action and instead work with employers, not against them, to agree a new way forward.”

With London Underground workers set to strike again in November, it would appear that the organisations are at an impasse with neither side willing or able to budge.