Mystery as 700 whales die in a month on Pacific beaches 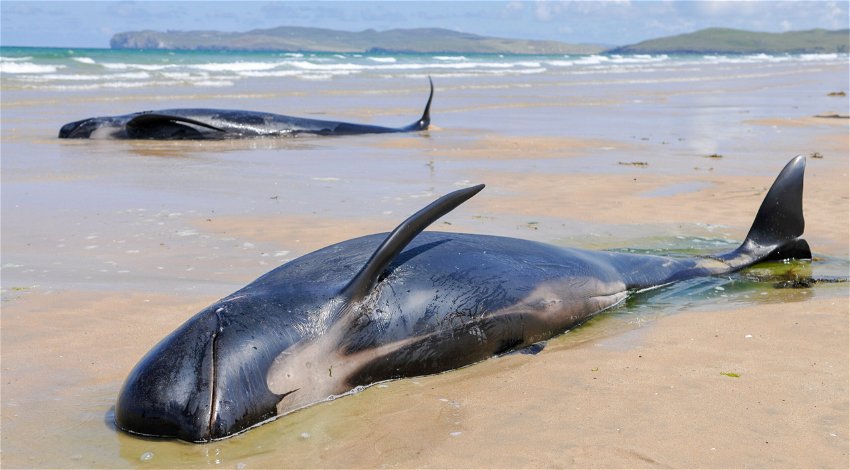 Pilot whales stranded on a beach in Ireland, similar to those found on Pacific beaches. Credit: stephen barnes/Shutterstock.com.

SCIENTISTS are baffled as 700 whales are found dead in a month on Pacific beaches.

The number of pilot whale deaths has both shocked and intrigued experts who have been monitoring the high mortality rate in the South Pacific for the last few weeks.

About 700 specimens of this cetacean have died this month stranded on beaches in Australia and New Zealand in events for which a satisfactory explanation has not yet been found, El Periódico de España reports.

New Zealand authorities confirmed the death of 477 pilot whales in October, stranded on the beaches of two islands located in the South Pacific.

They confirmed that 232 whales were stranded on Tupuangi Beach on October 7 and 245 on Waihere Bay on October 10, both of which are situated in the Chatham Islands.

About 500 pilot whales have died in mass strandings on New Zealand's remote Chatham Islands, the government said after ruling out a rescue effort in the area's shark-filled waters.

The majority died on the sand, but those that survived had to be euthanised because, according to a statement from the country’s environmental authorities, returning them would be considered futile as, due to their weakened state, they would be prey for sharks.

“We have not refloated the whales from the Chatham Islands due to the danger of shark attacks on both humans and whales, so euthanasia was the most viable option,” according to the statement.

NGO Project Jonah told the Associated Press that while it is not a rare occurrence – 70 or 80 whales on average – it is being considered one of the worst environmental disasters in New Zealand due to the number of whales that have died.

However, there have been even more extreme cases, such as the one that took place in 1918, when some 1,000 pilot whales were stranded on these same beaches.

The reasons for this are still not understood, although scientists believe that the whales’ localisation systems are blocked by the presence of gently sloping beaches.

Daren Grover, spokesman for the NGO said: “They get closer and closer to the shore and become disoriented. The tide can then go out and, before they know it, they are stranded on the beach.”