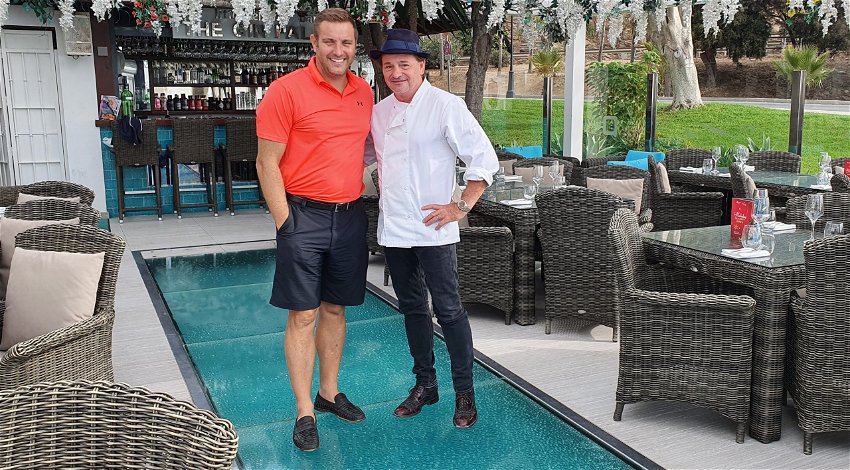 ONE of the Costa del Sol’s best-known venues is about to become even starrier as Olivia’s La Cala owner and TOWIE star Elliott Wright announces his is joining forces with famed Ready, Steady Cook chef Steven Saunders.

With the aim of completely overhauling the venue’s dining experience, the pair proudly announced on Thursday, October 20 that Steven has taken over as Executive Chef of Olivia’s, with a new menu from the beginning of November and Elliott Wright hosting a starry launch party on Friday, November 11.

The Euro Weekly News sat down with the pair to discuss their plans to transform Olivia’s into one of the best foodie destinations in Spain.

Elliott explained his exciting new partnership: “It’s been a tough few years with the fire and pandemic but now we’re like a phoenix rising from the ashes.

“Sometimes things happen for a reason and paths cross. Steven and I have been friends for a long time, I used to watch him on Ready, Steady Cook. He’d left Spain in the pandemic but he’s come back over and we bumped into each other and had lunch.

“I was explaining where I wanted to be and that I’m trying to take my restaurant up a level with food and he said he was looking for a new venture and we realised we could work together.”

Elliott says this partnership will lead to big culinary changes at Olivia’s. He said: “This is one of the best restaurants on the coast and with now me and Steven together I think we can really take this to a great quality.”

He added: “ “I want to change what Olivia’s is next year and really go up a level on the entertainment. We want to match the food with the aesthetics and that’s the goal”

“We’re looking at taking to quality to that of a high-end brasserie.”

Wright explained: “To have someone like Steven on board is amazing and will get us there. We’ll put Olivia’s back where it firmly belongs, number one on this coast.”

Speaking about the impact of his TOWIE fame on Olivia’s and whether this new partnership will change the restaurant’s focus, Elliott added: “Because of the fame from the UK we have attracted a crowd that come out because they’ve seen me on TV. But we do also have a lot of repeat customers and we want to continue to improve. 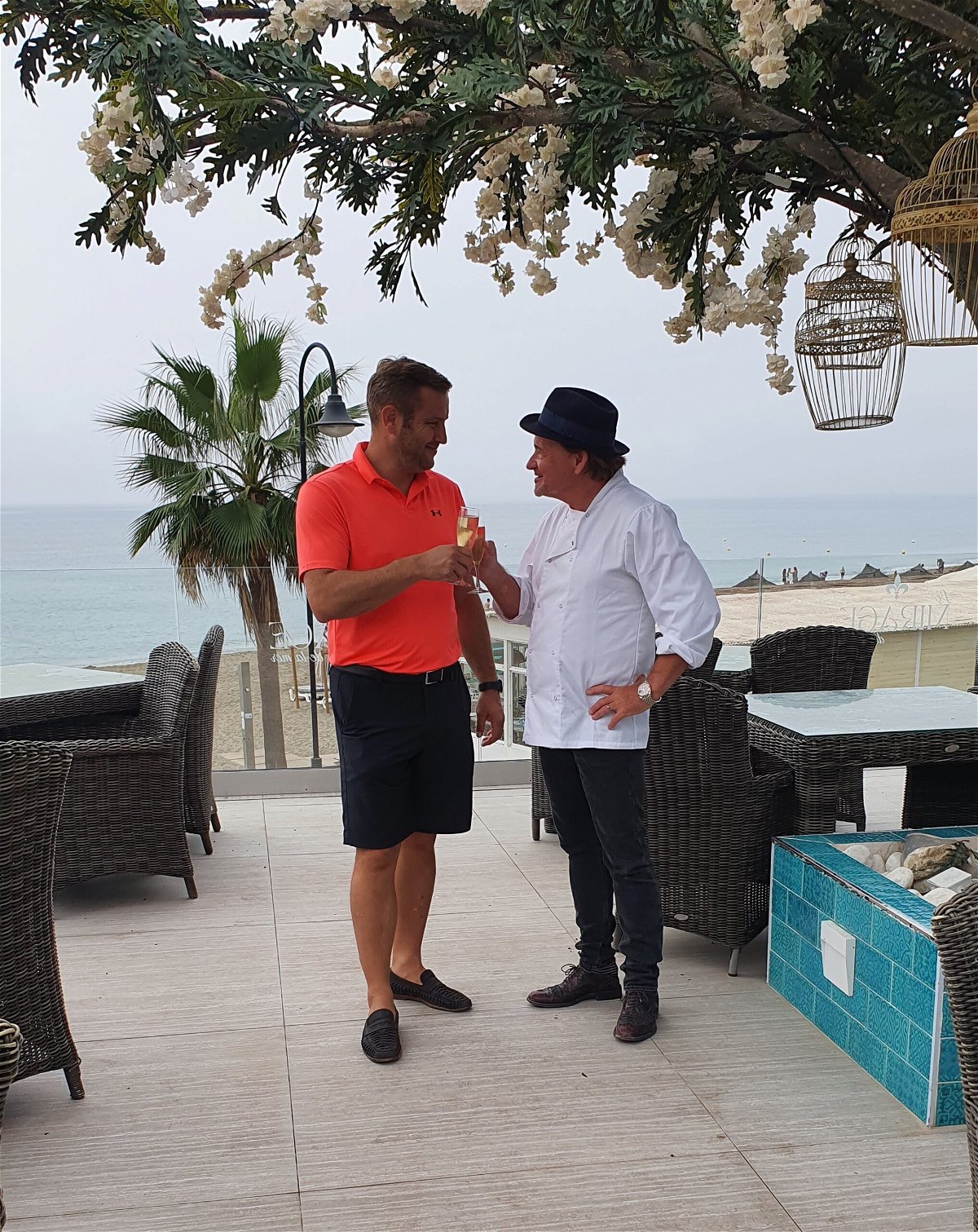 “I’ll still be here at least four days a week so the dynamic won’t change too much. In the times I’m not here Steven will come in as front of house and be a more than adequate replacement.”

The star joked: “I’ve told Steve his cycling shorts are out though! But his trademark hat can stay.”

The TOWIE star also spoke movingly about how late father Eddie Wright would have seen the new venture, Elliott said: “It was really hard to lose my dad but I know if he was looking down on what we’re trying to achieve he would probably be very proud.”

The new partnership is also a new chapter for Saunders, who explained his decision to join Olivia’s after leaving Spain for the UK during the pandemic.

He said: “I left because of the difficulties in the pandemic and we really didn’t get a lot of support from the government. It was also a difficult time in my marriage.

“I went back to where I thought my home was, the UK, but realised my heart wasn’t there.

“I came back to Spain recently for a wedding and while here I thought ‘I’m going to stay’.

He went on: “I’d been looking at different restaurants and opportunities and I bumped into Elliott and we talked about what we both needed and realised we should be doing something together.” 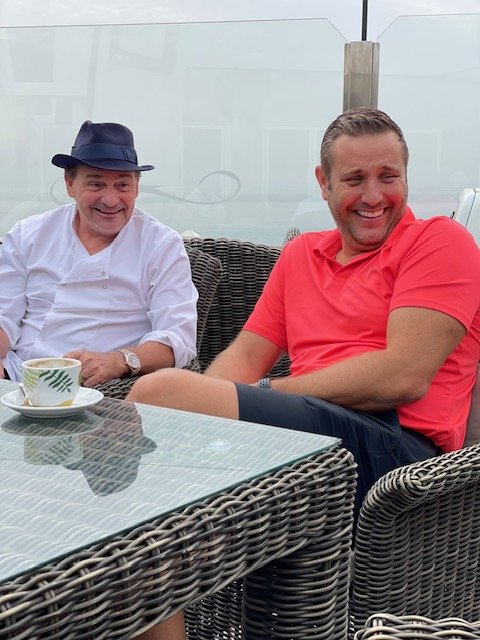 Now back into the full swing of Costa del Sol life, Steven says he has big plans for Olivia’s kitchen.

He explained: “I want to bring an element of calm to the kitchen and create an uncomplicated menu using more local products.

“I want to embrace what Olivia is- a fantastic venue- and I of course want to make the food and service better.”

He added: “We will make sure we have fantastic service here like we did at the Geranium.

“We want to be able to look at the reviews and be proud of them.”

Once the pair finished upgrading the restaurant’s dining experience, Elliott explained he has even more changes planned for Olivia’s in 2023.

He said: “I want to create more of a dinner show restaurant.

“I’m excited about how we’re going to do that and show everyone what we can actually achieve to become the number one entertainment restaurant on the coast.

“From April, we’ll be hosting dinner shows at least three times a week and bringing in fresh acts.

“I guarantee they’ll will be amazing.” 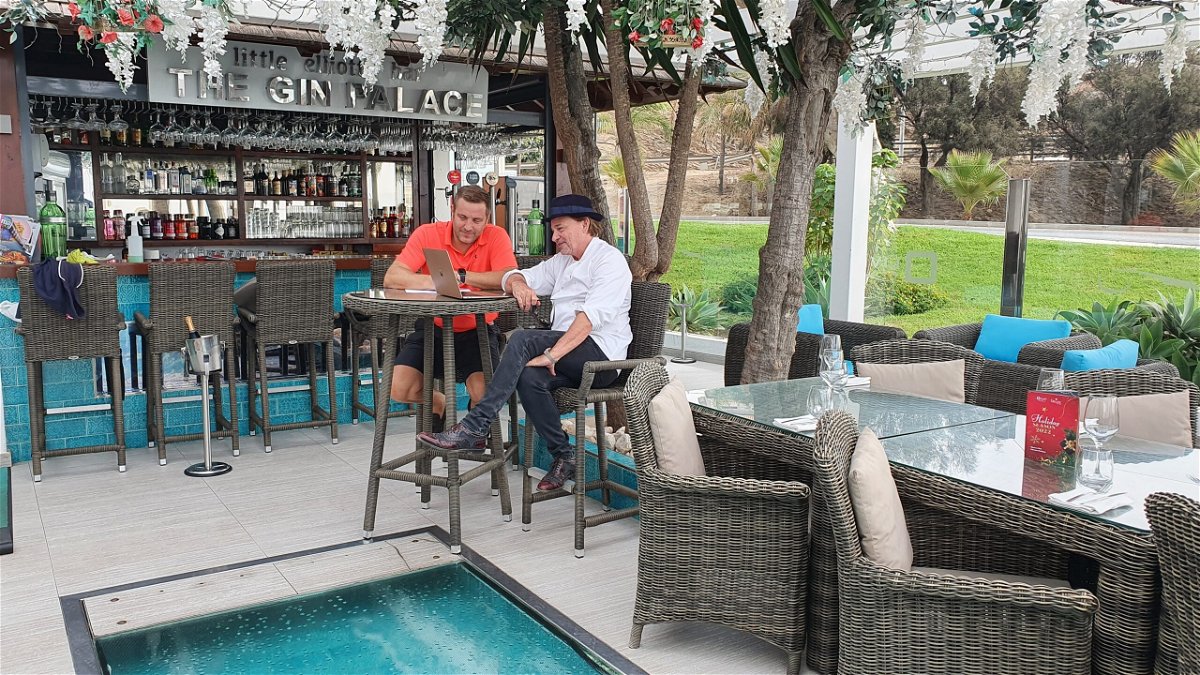 Elliott also plans to make changes to the venue itself, including the future of its recently-launched French restaurant, Le Mirage de la Mer.

He explained: “We’ll look at the Mirage after we get the core business right.”

The star added: “I’m also in talks with Moet Hennessy to create a space here. We want to offer lots of different experiences to our clients.”

Elliott teased: “Who knows, this partnership may even lead to more restaurants along the coast.”

Olivia’s new menus under the directorship of Steven Saunders will be out from Wednesday, November 2 and the venue’s launch party will take place on Friday, November 11.